The Marlins have no plan-B at first behind current starter Gregg Dobbs and the team is trying anyone and everyone at there in case Dobbs should fall.

The Miami Marlins have little depth at first base in the wake of the injury to Casey Kotchman and they are trying their best to sure up their emergency options the position internally with a number of players with little or no experience at the position, writes Clark Spenser of the Miami Herald.

Gregg Dobbs has been manning the position for the past two games, but the Marlins lack depth behind him. According to Spencer, the team gave catcher Miguel Olivo, outfielder Chris Coghlan, infielder Chris Valaika and outfielder Austin Kearns reps at the position. Kearns played first in two games for last season totaling eleven innings, making him the most experienced of the Marlins backup options. Miguel Olivo is the only other player who has seen action at the position, having played there for nine innings in 2006 as a member of the Marlins. The others have not spent any time first at the major-league level. Spencer reports that there were too few first basemen’s mitts to go around, prompting Olivo to use his catcher’s mitt and Coghlan to ask if he could use his regular outfielder glove. 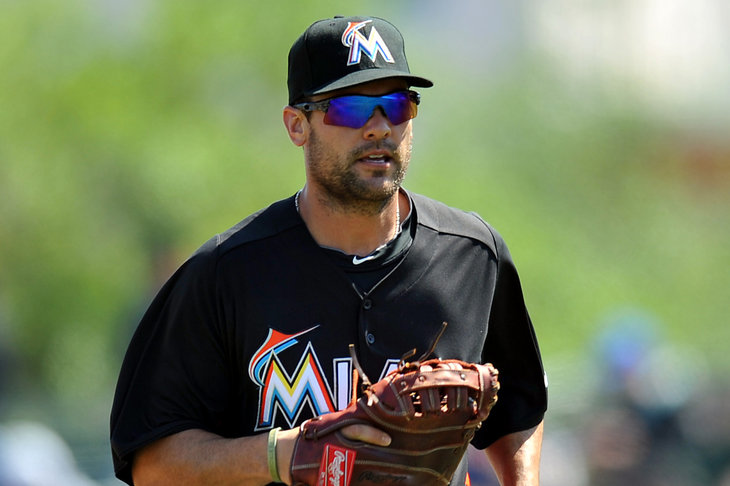 Even before the loss of Kotchman, the Marlins had little depth at the position thanks to injury. Logan Morrison was placed on the 60-day DL at the end of spring training after setbacks in his recover from off-season knee surgery pushed back his expected return date. First baseman Joe Maloney also began the season on the DL with an oblique injury. He is eligible to come off the DL today, but he still expected to be at least a week away from returning to the Marlins.

At this point, there is no reason to believe that the Marlins will seek outside help at first. Kotchman and Maloney should return shortly and Dobbs is an adequate replacement until they do. However, could be in for a difficult stretch if any of these fall-back options are pressed into regular service.