Braves first baseman Freddie Freeman has been placed on the DL with an oblique strain.

The Atlanta Braves have placed first baseman Freddie Freeman on the 15-day disabled list with a right oblique strain, the team reports.

Talking Chop: The Braves of our Lives: Who Ya Gonna Call

Freeman had been off to a hot start to the 2013 season. The 23-year-old has hit .412/.474/.647 with one home run and seven RBIs in 19 trips to the plate thus far. Braves beat writer Mark Bowman reports that Freeman injured the muscle during a workout on Sunday, March 31 and has been playing through the pain since then. According to Bowman, Freeman is very upset about being placed on the DL. The Braves first baseman hit .259/.340/.456 for the in 147 games and 620 plate appearances in 2012. His 115 wieghted Runs Created Plus (wRC+) was the fifth best mark among National League first basemen. 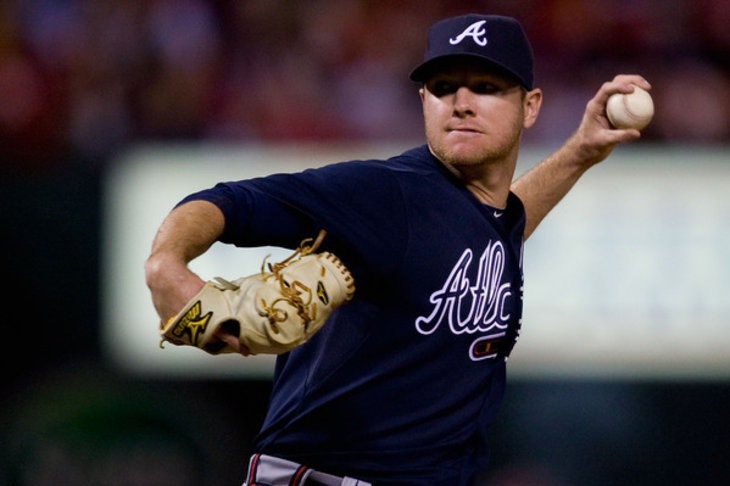 Braves have shut down left-handed reliever Jonny Venters for at least four weeks after he received a platelet-rich plasma injection.

Chris Johnson is listed as the Braves primary backup option at first base on Atlanta's depth chart. Johnson is a career .276/.315/.430 hitter in 1326 plate appearances over five seasons. Primarily a third baseman, Johnson has just 35 innings of experience at first. could also turn to catcher Evan Gattis to fill in for Freeman. Gattis, a top prospect in the organization prior to making the team out camp this season, has played a handful of games at the position in the minor leagues. In eight trips to the plate this season, Gattis has four hits and manager Fredi Gonzalez had expressed a desire to get him into the lineup regularly this year during his impressive spring training campaign.

There is no time table of Freeman’s return at this point, but the typical recover time for oblique injuries is three-to-four weeks.