David Ortiz will play in his first exhibition game tomorrow and could return to the Red Sox by the end of the week.

The Red Sox star DH David Ortiz will play in an extended spring training game in Fort Myers tomorrow, Monday, April 8, and could be ready for a rehab game at Pawtucket as early as Thursday, reports Sean McAdams of CSNNE.com.

The Red Sox have started the year without the man affectionately known as ‘Big Papi’ for the first time since he was picked up off of waivers in 2003. Ortiz has been sidelined by an ankle injury that he suffered in July of 2012. That injury cost him the final months of last season and lingering concerns about the ankle’s stability prevented him from playing in spring training games this year. 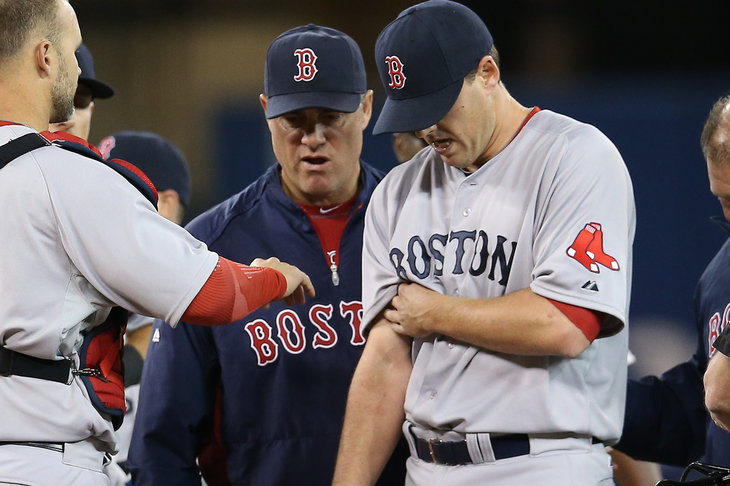 John Lackey exited his start on Saturday after just 4⅓ innings of work due to an injury to his right arm.

In ten seasons with , Ortiz has hit .290/.389/.573 with 343 home runs and 1088 RBIs. Only three players- Albert Pujols, Adam Dunn and Alex Rodriguez- have hit more home runs during that span and only Pujols, Miguel Cabrera and Mark Teixeira have driven in more runs. His 146 weighted Runs Created Plus (wRC+) ranks seventh over that time period.

Without Ortiz in his usual place as the team’s designated hitter the Red Sox have used Jonny Gomes and Daniel Nava at DH. The switch-hitting Nava has gotten both starts against right-handed starters, with Gomes getting the call against lefties. This platoon has worked well in the early going, with the two combining to give a .400/.550/.533 batting line from the DH spot in 20 plate appearances.

When Ortiz does return, the Gomes/Nava platoon could simply be shifted to left field, the regularly position for both players. This would allow the Red Sox to send Jackie Bradley Jr. back to the minor leagues to gain more experience and to control his Major League service time. Bradley has fared well at getting on bases so far this season, with a .364 OBP, but that has come almost entirely from walks. With just a .176 batting average, his hitting may still need to develop at the level.

The Red Sox begin a seven-game home stand tomorrow. If everything goes well for Ortiz this week, he may be back in before they head back on the road on April 16.