Toronto grabbed yet another player off the waiver wire over the weekend.

Just because the season has begun does not mean the Toronto Blue Jays are going to curb their recent trend of claiming just about everyone who ends up on the waiver wire. Case in point: the Jays claimed right-hander Edgar Gonzalez off of waivers from the Houston Astros over the weekend, the team has announced.

More Jays: That. Was. Awful.

Gonzalez, 30, was designated for assignment by the Astros on Friday before having the chance to appear in a game this season. The right-hander made six starts for Houston last year, posting a 5.04 ERA and 6.5 K/9 in 25 innings. 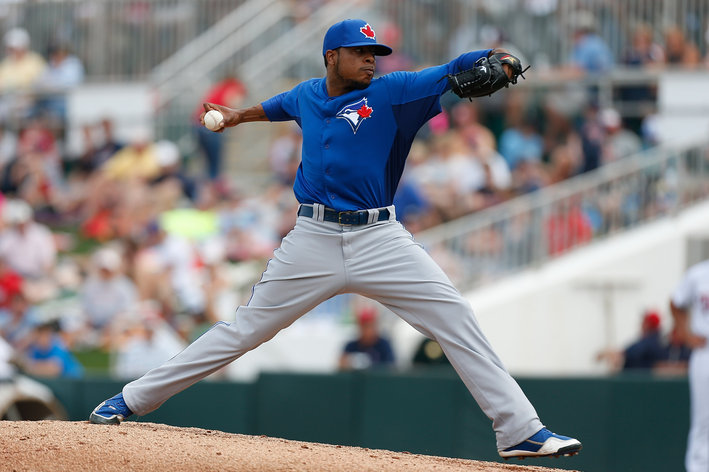 Toronto has parted ways with the right-hander after just one inning of relief.

Before his half-dozen spot starts in 2012, one could have easily surmised that Gonzalez's big-league career was over. The right-hander owned a 5.88 ERA in 323 innings across parts of seven MLB seasons through 2009, and had thrown just two frames in the bigs between 2010 and 2011. Gonzalez even had to sign on with a club in the Korean Baseball Organization in late 2010 to get some playing time.

The right-hander is back on a 40-man roster now, however, though his numbers have not really improved much. In order to make room on the roster for Gonzalez, the Blue Jays transferred right-hander Dustin McGowan to the 60-day disabled list (yet again).