Contract discussions between L.A. and their young left-hander continue, and may be well into record-breaking figures.

When the season began last week, it was unclear whether the Los Angeles Dodgers and Clayton Kershaw would put extension talks on hold. The young southpaw expressed a desire during Spring Training to keep contract discussions an exclusively offseason pursuit, but with Justin Verlander landing a record deal right before Opening Day, it appears that Kershaw changed his mind.

Long-term contract negotiations between the two sides have continued into week two of the regular season and are believed to be "already over $200 million," a source has told Jon Heyman of CBS Sports. 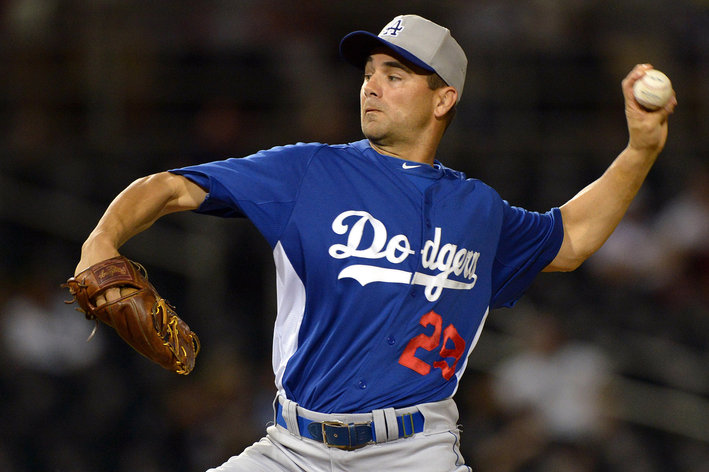 The Dodgers are having a tough time finding takers for the injured, aging, and expensive left-hander.

Given that the southpaw has a few years on both Verlander and Felix Hernandez, who are owed $180 million and $175 million over the next seven seasons, respectively, a $200 million contract for the southpaw definitely seems feasible. Add in the endlessly deep pockets of the Dodgers new owners, and it almost seems guaranteed.

The 25-year-old left-hander is off to a masterful start to the 2013 season -- striking out 16 and allowing just six hits in 16 scoreless frames over two starts -- which will only increase his value in negotiations, and should put a rest to any false-narrative talk of the contract discussions being a "distraction" when he's on the mound.

There's no real inkling at the moment for how close the two sides are to an agreement or what kind of timeline should be expected for the negotiations, but considering they've been going for a little over a week now, one imagines they'll keep talking until they hammer out a new contract.

Kershaw is owed $11 million this year and will enter his final year of arbitration come October if a new contract is not worked out before then.