The hirsute right-hander got bad news on his ailing elbow Tuesday, and may be headed for surgery.

UPDATE 4/10 9:30 a.m. ET: Jason Motte did not get good news from team doctors on Tuesday. MRI results on the closer's right elbow revealed a "low-grade tear" in his UCL.

The unfortunate result means the right-hander is headed for Tommy John surgery if the ligament does not show any improvement in the next month, reports Jenifer Langosch of MLB.com.

Motte has been prescribed three weeks of rest, but if the tear doesn't heal to the point where he can start throwing on May 1, then he will go under the knife for the season-ending procedure.

ORIGINAL: St. Louis Cardinals closer Jason Motte will meet with the team physician on Tuesday to get an updated MRI on his strained right elbow, reports Jenifer Langosch of MLB.com.

Motte, 30, has been sidelined since the penultimate week of Grapefruit League action. The right-hander felt tightness in his elbow after appearing in a game on March 21, and hasn't picked up a baseball since. He was placed on the 15-day disabled list, retroactive to March 22, right before Opening Day. 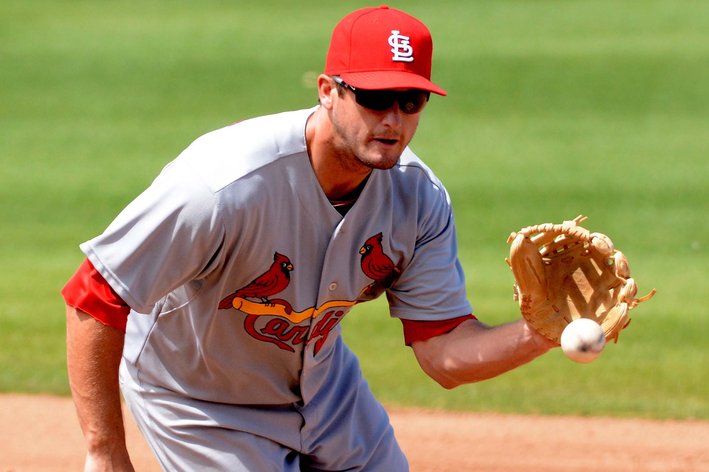 The Cardinals have their star third baseman back from the DL.

Motte has been doing a prescribed set of exercises to strengthen his elbow, and the results of Tuesday's tests will indicate whether the right-hander can pick up the pace in his rehab or not. The right-hander didn't give any indication about how he thought the tests would go, but seemed ready to take the news in stride either way:

"Tomorrow, we'll be able to compare where we were to where we are," Motte said...

"From there, we'll move forward with what they'll let me do or not do. If they say everything looks fine, we'll move on from there. It just depends on what they say I need or don't need."

Mitchell Boggs has taken on the closer role in Motte's absence, and was doing well until Monday's implosion against the Reds. Boggs allowed a run and struck out four in his first four appearances on the year, but then gave up seven runs (six earned) and walked four in just a third of an inning Monday night to take the loss.