The Rangers have designated outfielder Julio Borbon for assignment, the team announced today.

More Rangers: Who Is Nick Tepesch? A Scouting Report

Borbon has been up and down between Arlington and Triple-A since 2009, and has been a useful reserve outfielder. With the team having an open spot in center field, Borbon was believed to have had a shot at that. 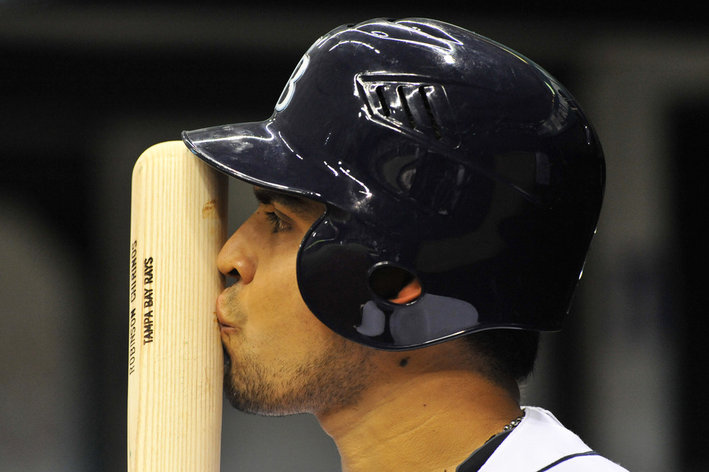 The Rangers have acquired catcher Robinson Chirinos from the Rays and designated Jeff Beliveau for assignment.

Borbon will now have to return to the minors, where he will continue to provide the Rangers with good depth if anyone goes down with injury. If the current outfielders struggle, Borbon could be given a shot to try and win the job during the season.

The Rangers have said that they like Borbon and hope to keep him, and it appears as though it will go that way. The team has apparently even received trade interest on him, but declined because they did not want to rush to trade a quality player such as Borbon.

Borbon has a .283 career batting average for the Rangers.