Zack Greinke's Class A rehab start didn't produce great results but the Dodgers righty thinks he is ready to return to the team.

Zack Greinke allowed three earned runs and eight runs total in 4 ⅓ innings in his rehab start with Class A Rancho Cucamonga last night, striking out four and walking none. Those are not the results the Dodgers were hoping for, but Greinke thinks he is ready to return to the big league club, reports Ken Gurnick of MLB.com.

Greinke did not feel any pain in his surgically repaired collarbone while pitching. He threw 80 pitches in the outing but he did not bat because Class A uses the designated hitter. The Dodgers righty acknowledged that he did not have his best stuff;

"I'm sure they'd rather me pitch better than the results. I felt I pitched OK. Get the lights of a Major League game and it's different, you step up another notch."

Manager Don Mattingley seemed to indicate that health concerns were the only possible issues that would keep Greinke from returning to the Dodgers. "If the doctors say he can pitch, we're going to let him pitch," he said prior to the Dodger’s game Friday night. 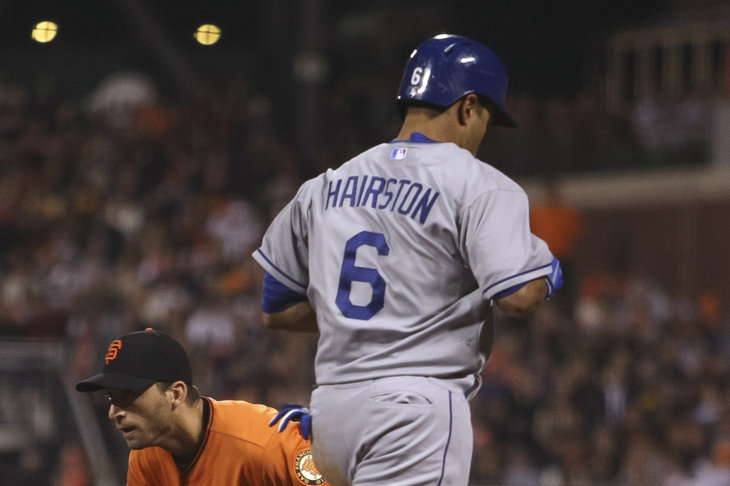 Greinke was injured on April 11 in a brawl that began when he hit Padres slugger Carlos Quentin with a pitch. Quentin charged the mound and collided with Greinke, fracturing his collarbone. He had surgery to repair the fractures on April 13. Quentin was suspended for eight games for his role in the incident.

The Dodgers currently have six pitchers on the DL, including Greinke. If the team feels he is ready to return and the doctors clear him, Greinke could start on Wednesday against the Nationals.