Following a strong outing against the Diamondback, the Phillies sent starter Tyler Cloyd back down to AAA to add an extra arm to the bullpen.

25-year-old Tyler Cloyd was impressive in his 2013 debut, allowing two runs on two hits over 6 1/3 innings of work for the Phillies, but he was optioned to immediately after, reports Tyler Emerick of MLB.com.

Cloyd isn’t returning to the minors because of issues with his performance, however. His work against the Diamondback in the Phillies 3-2 loss was an encouraging sign for the rotation with Roy Halladay and John Lannan on the DL and Cole Hamels struggling. The team optioned him down to add an extra arm in the bullpen, calling up righty Justin De Fratus to take his place. The Phillies have two off-days over the next six days and Emerick reports that they are planning to use a four-man rotation over that stretch. Returning to the minors allows Cloyd to remain on schedule and continue pitching on regular rest until the Phillies need a fifth starter on May 21. At this point, he appears to be the top option for that final spot. 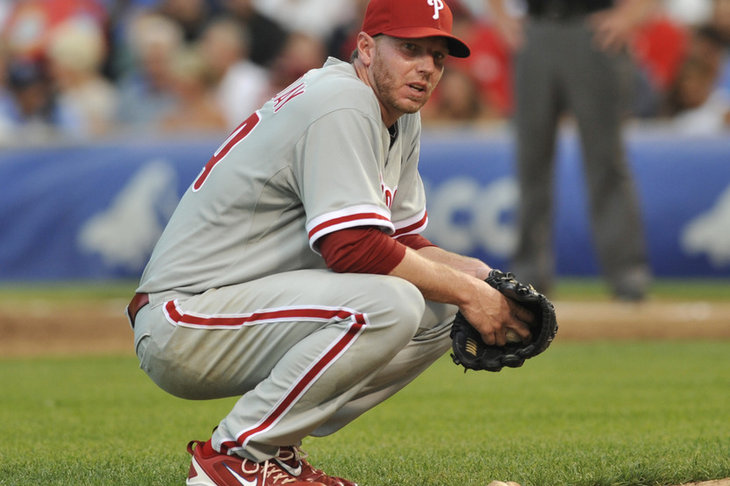 A bone spur causing damage to his shoulder will need to be removed.

Cloyd was ranked as the Phillies 21st best prospect entering the 2013 season after a surprising 2012 season that took him from AA to the majors. Cloyd made six starts for the Phillies last year posting a 4.91 ERA in 33 innings. While his numbers may not look great and he definitely struggled with the long ball, Cloyd did show some promising peripherals in his late-season call up, with 30 strike outs and just seven walks in those six starts.