Rockies Michael Cuddyer to the DL, Charlie Blackmon called up

Michael Cuddyer will miss time with a back injury. Charlie Blackmon takes his place.

Share All sharing options for: Rockies Michael Cuddyer to the DL, Charlie Blackmon called up

The Colorado Rockies will place outfielder Michael Cuddyer on the 15-day DL with a bulging disc in his back and called up outfielder Charlie Blackmon to take his place, reports Thomas Harding of MLB.com

Cuddyer has not played since Wednesday, May 8 and he will be place on the DL retroactive to May 9. The club had hoped that rest would help reduce his discomfort but after a session hitting off the tee on Saturday it became clear that the veteran would need to miss more time. The 34-year-old is currently batting .319/383/.580 with seven home runs on the season. He will be eligible to return on May 24. 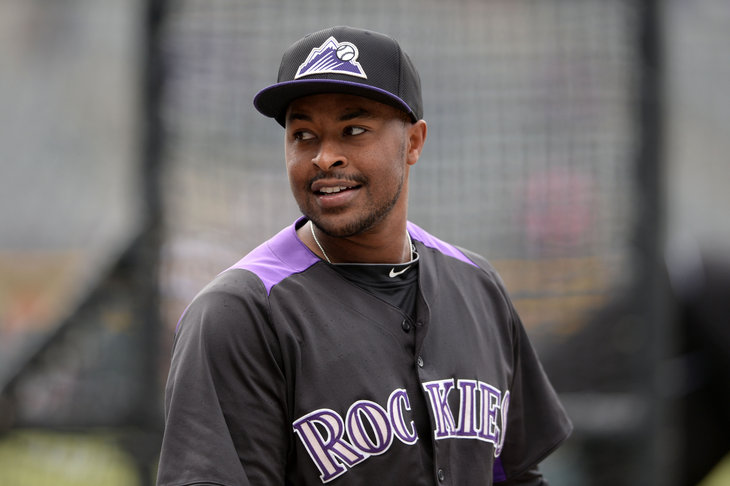 New York has added some much-needed depth at the hot corner.

The injury has been a concern for Cuddyer for some time according to Harding. It first began to give him trouble in 2004 when he was a member of the Minnesota Twins. He experienced pain for it in 2011 as well but at that time he able to play through it.

Blackmon could take Cuddyer’s place in right today against the Cardinals. Manager Walt Weiss was not sure where the speedy youngster would fit into the line-up but he could certainly see a need to mix things up. The have been the victims of complete game shutouts from Shelby Miller and Adam Wainwright over the last two days, managing just three hits in the series against the Cardinals.