Phillies will look at Carlos Zambrano, no deal in the works though

The Phillies need starting pitching depth, but do they really need Carlos Zambrano?

Share All sharing options for: Phillies will look at Carlos Zambrano, no deal in the works though

Reports out of his native had recently claimed that pitcher Carlos Zambrano had reached a deal with the Philadephia Phillies, but the team is merely looking at the veteran starter and no such deal is in the works yet, reports Jim Salisbury of CSNPhilly.com

The Good Phight: What happens with Roy Halladay now?

Zambrano is playing with the Long Island Ducks of the Independent League this season. The Phillies are considering the 31-year-old pitcher as a possible replacement for injured starters Roy Halladay and John Lannan. Prospect Tyler Cloyd replaced Roy Halladay following his assignment to the DL and the 25-year-old is currently expected to return as the Phillies fifth starter after being optioned back down to following a solid start against on Saturday, May 11. will not have need for a fifth starter until May 21 thanks to two off-days over the next two weeks. 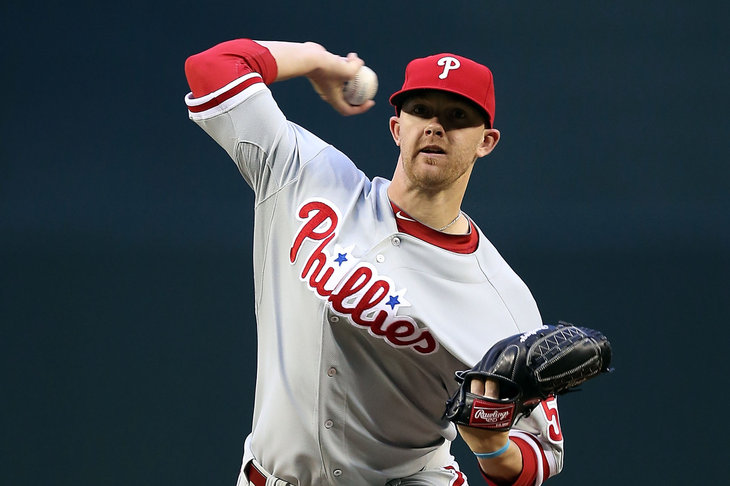 The Phillies send starter Tyler Cloyd back down to AAA to add an extra arm to the bullpen.

After Cloyd, the Phillies have little depth to help their rotation is another pitcher should miss time. Lannan could return to the team in early June if his right knee tendon is fully healed, but Halladay may not be back this season. The two-time Cy Young Award winner will undergo surgery to repair bone chips in his shoulder on May 15 and there is currently no timetable for his recovery following that procedure.

Zambrano threw 132 1/3 innings for the Miami Marlins in 2012, posting a 4.49 ERA. His last two seasons in the majors have seen his once solid strike out rates fall sharply while his walk rate, which was an issue even his prime, trended upward. He has also had a history of disciplinary problems, receiving multiple suspensions during his time with the Chicago Cubs as a result of his often-violent lashing out towards his teammates.

Given his ineffectiveness in recent years and his history of behavioral issues, it is hard to understand why the Phillies would take a chance on Zambrano. Even given the Phillies lack of starting depth, Zambrano doesn’t offer them much more than replacement level if his latest performances are any indication of his ability. Given the additional baggage that comes with him, better options are almost certainly out there.