Cleveland has sent its starting third baseman to Triple-A after a month-plus of struggles at the plate.

The Cleveland Indians are the hottest team in baseball right now, but you wouldn't know it by looking at their production from the hot corner. Starting third baseman Lonnie Chisenhall has struggled immensely through the club's first 35 games, finally forcing the team to demote the 24-year-old to Triple-A on Monday to figure things out.

More Tribe: The AL Central is All Tied Up

Chisenhall earned the Tribe's starting third base job by absolutely raking during Spring Training, finishing camp with a .400/.456/.667 line in 60 at-bats. But as has been the case with strong spring performances year in and year out, Chisenhall failed to carry that success into the regular season. 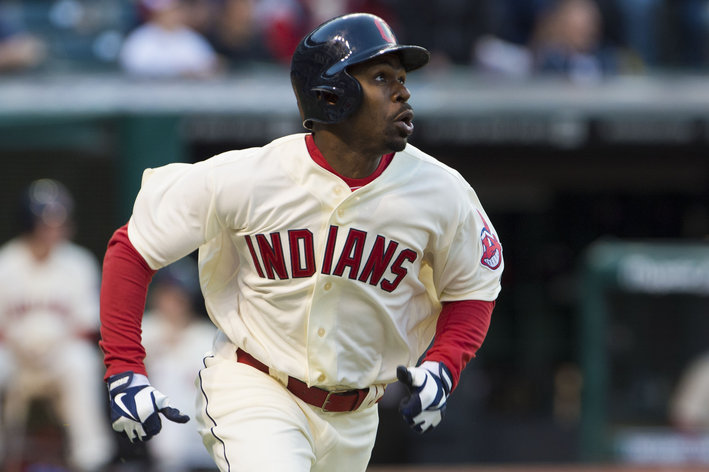 The Indians have their center fielder back from the DL.

The left-handed hitting infielder got a majority of the starts at the hot corner through the first month-plus of the season, but hit just .213/.253/.351 with three home runs in 99 plate appearances. The young third baseman is dealing with a .246 BABIP, so some of the poor performance is due to a bad break here and there, but his minuscule walk rate (3 percent) and career-high K rate (22.3 percent) are tangible problems that need to be addressed.

Mark Reynolds is getting the start at third for Monday's game, and is likely to split time at the hot corner with Mike Aviles going forward. In corresponding moves to Chisenhall's demotion, the Indians have recalled rookie right-hander Trevor Bauer and selected the contract of lefty reliever David Huff.