Ike Davis is struggling badly and the Mets are once again considering sending the beleaguered slugger down to the minors.

Amazin' Avenue: Jordany Valdespin: Worse than everyone ever, apparently

was mired in an ugly 0-24 streak prior to a sixth inning single last night against the Cubs. He is currently hitting .160/.245/.267 with 46 strike outs in 147 plate appearances for the season. Rubin reports that the team’s front office is pushing for the demotion while manager Terry Collins continues to have reservations. The final decision on this could depend on his performance this weekend against the Cubs. The Mets will face tough righty Scott Feldman this afternoon and lefty Travis Wood is expected to start against them on Sunday. has a solid career .256/.348/.480 line against righties, but struggles against lefties with a .210/.271/.347 line in 413 career plate appearances.

struggled in the early months of the season last year as well, prompting similar discussions about a possible demotion. At that time, teammates and manager Terry Collins lobbied against the move and their faith was repaid with a .255/.346/.542 batting line in the second half of the season including 20 home runs in 289 plate appearances. 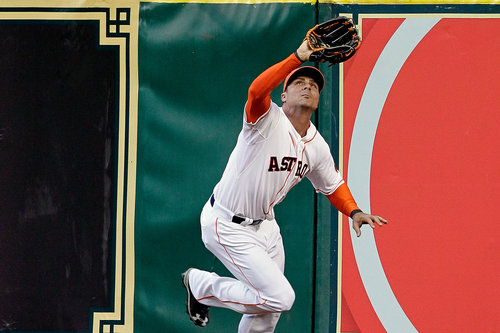 The Mets are desperate for help in the outfield and Ankiel was available after being released by the Astros earlier this season.

If the Mets decide to send down, Rubin believes that Andrew Brown or Zach Lutz, both currently with AAA Las Vegas, would be the top options to replace him since both players are already on the Mets 40-man roster. Brown appears to be the most likely option. The 28-year-old has been primarily playing in the outfield this season for this year and saw fifteen at-bats with the Mets in that role prior to the signing of Rick Ankiel but he has played first base the majority of his minor league career and he has the most major league experience of the the two. He needs to spend at least ten days in the minors following his last demotion, however, and that would mean he could not be recalled until mid-week.

Josh Satin is an intriguing dark-horse candidate to replace Davis. The 28-year-old has been the regular first baseman for and he is hitting an impressive .303/.418/.500 in the offensively-charged Pacific Coast League. However, he is not on the 40-man roster, so his promotion would require an additional roster move.

Despite his struggles and the conversations about a possible demotion, is still slated to hit fourth for the Mets in today’s game.