The Rays are ready to start cashing in on their side of the off-season's blockbuster deal with the Royals, calling up Jake Odorizzi to take David Price's spot in the rotation.

The Tampa Bay Rays will turn to righty Jake Odorizzi to fill the gap in their rotation while David Price is on the DL, according to Marc Topkin of the Tampa Bay Times.

Odorizzi was one of the four player acquired from the Royals in the trade that sent James Shields and Wade Davis to . He has made two major league starts in his career, both of which came last season with the Royals. In those starts, he managed 7 1/3 innings allowing four runs on eight hits and four walks with four strike outs. This season, he has made eight starts with the Rays affiliate , posting a 3.83 ERA over 44 2/3 innings with 47 strike outs. Prior to the start of this season, Baseball ranked him as the 92nd best prospect in the game. 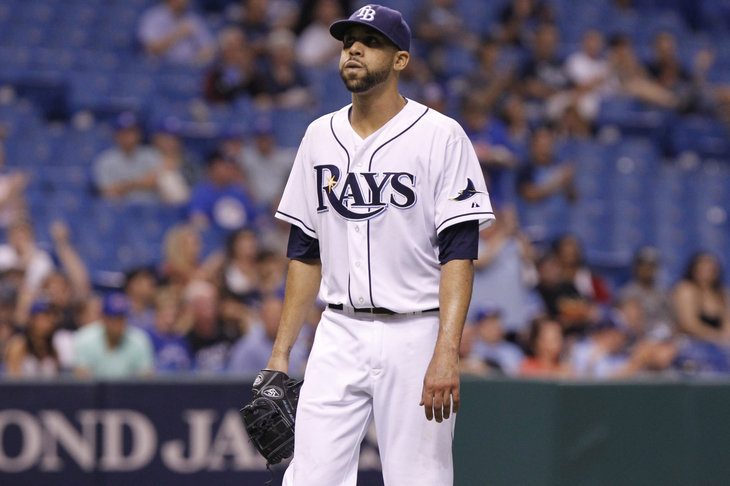 The Tampa Bay pitcher is suffering from a triceps strain.

Most seasons, Odorizzi would have some large shoes to fill in replacing the 2012 AL Cy Young Award-winning Price, but given the lefty’s struggles this season, the 23-year-old prospect could actually be an upgrade. Price was just 1-4 on the season with a 5.24 ERA over 55 innings prior to landing on the DL with a triceps strain.

Odorizzi will face the Blue Jays and projected starter Chad Jenkins tomorrow in . After struggling in April, the Rays are 10-6 in May and have won eight of their last ten games.