Scott Proctor has retired from baseball.

Share All sharing options for: Scott Proctor to retire

Proctor was a good middle reliever for the Yankees in the mid-2000s, and was a favorite of manager Joe Torre. He even followed Torre to Los Angeles to pitch for the Dodgers in the late-2000s. 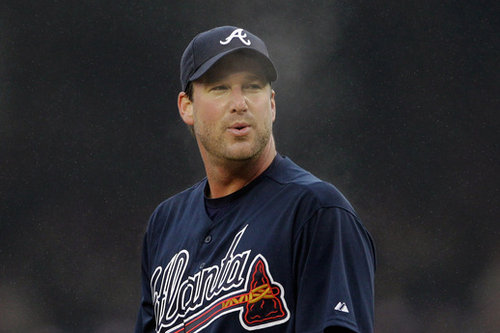 Lindblom is expected to start for the Rangers Monday night while Lowe has been ineffective in the bullpen.

He was never particularly dominant, as his career ERA of 4.78 is good evidence of.

Proctor, 36, last pitched in the Major Leagues for the Yankees in 2011. He also pitched for the Dodgers and Braves.

His best season was probably in 2006 when he pitched 83 games with an ERA of 3.52, and was a steadying force for the Yankees' bullpen during a tumultuous season for the team's pitching staff. This is probably what endeared him to Torre so greatly, despite the fact that he was a pretty mediocre pitcher for the second half of his career.