The Cubs have claimed Eduardo Sanchez.

The Cubs have claimed reliever Eduardo Sanchez from the Cardinals, reports Derrick Goold of the St. Louis Post-Dispatch.

Goold speculates that the Cardinals were designating Sanchez for assignment to make room for Tyler Lyons, who will be the team's starter Wednesday night. They lost Jaime Garcia to injury and needed a replacement. 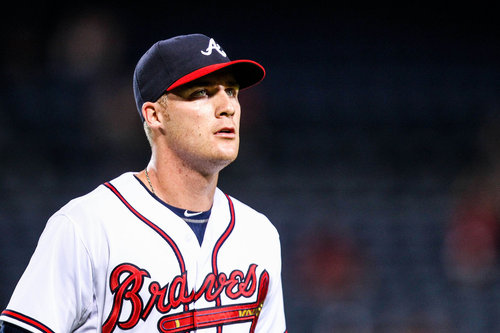 Atlanta has now lost two lefty relievers to the procedure in as many weeks.

Sanchez is a young reliever with plenty of promise, so the Cubs have to be excited about adding him for essentially nothing.

The Cardinals could come to regret letting Sanchez slip away to a division rival, even though he is only a reliever. For someone so young, he already has a long track record and some success at the big league level.