More Rockies: The Growing Conflict at 2B

Rutledge, 24, earned the starting second base gig after making a good impression at shortstop in the second half of 2012. Playing in place of the injured Troy Tulowitzki, Rutledge batted .274/.306/.469 with eight home runs in 291 plate appearances, compelling the Rockies to move him to second base at the start of this year.

Chatwood back in the rotation 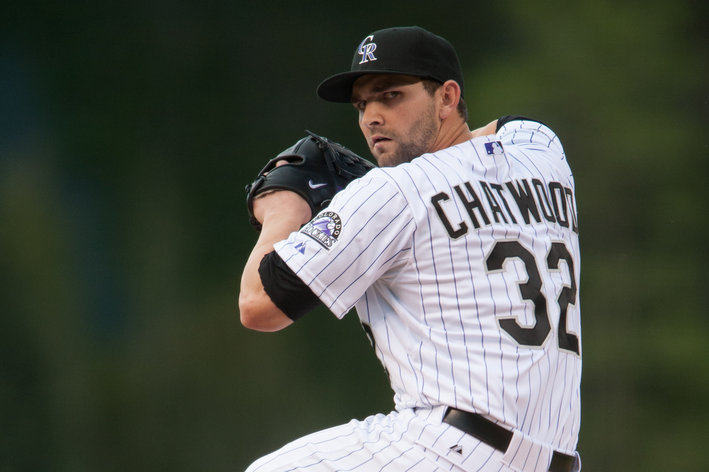 The young-ish right-hander is back in Colorado while Jeff Francis recovers from a groin strain.

Rutledge has struggled mightily in his 43 games at second this year, however, batting just .242/.298/.357 in 173 plate appearances. He does have five long balls and is five of five on stolen-base attempts, but nothing else has really gone his way thus far.

Taking over the second base gig in Rutledge's stead is the guy he took the job from, DJ LeMahieu. Also 24, LeMahieu has been up with Colorado since last week, notching seven hits in his first 17 at bats. He appeared in 81 games for the Rockies last season -- mostly at second base -- and batted .297/.332/.410 in 247 plate appearances.

Colorado will activate outfielder Michael Cuddyer from the 15-day disabled list on Friday to take the roster spot vacated by Rutledge. Cuddyer has been out the last two weeks with a bulging disc in his neck.