Share All sharing options for: Mets rumors: Zack Wheeler to be promoted after 2-3 more Triple-A starts

If that timeline is accurate, and Wheeler pitches on normal rest between now and then, the young right-hander should make his big-league debut sometime in the first or second week of June. 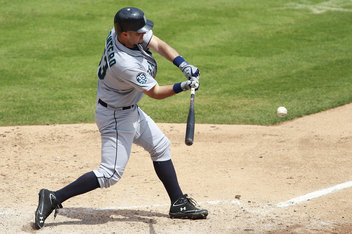 Seattle has sent it's young, promising catcher/DH back down to Triple-A.

Wheeler, soon to be 23, is rated the No. 11 prospect in the game by Baseball America and is No. 8 on MLB.com's list. Acquired from the San Francisco Giants in the 2011 Carlos Beltran trade, Wheeler (along with Matt Harvey) could give the Mets a young, fearsome 1-2 punch if he lives up to the hype. He hasn't quite blown away the competition at Triple-A this year, but his 3.91 ERA and 9.1 K/9 over nine starts is still very good for someone as young as he is.

The official also expressed to Puma that Wheeler would have likely made his Mets debut a little sooner if it weren't for the shoulder soreness that kept him from his start last Friday. The right-hander was experiencing discomfort in the AC joint of his shoulder, but retook the hill Wednesday with seemingly no discomfort.