Sean Nolin's big league debut didn't go as planned and the lefty is headed back to the minors today.

The Toronto Blue Jays are sending lefty Sean Nolin down to AA following his 1 &frac13; inning loss to the Orioles last night, reports Ben Nicholson-Smith of Sportsnet. Thad Weber will replace him on the Blue Jays roster.

Nolin was called up from AA New Hampshire for Friday’s game after the team placed reliever Darren Oliver on the 15-day DL. The 23-year-old lefty didn’t fare well in his major league debut, allowing six runs on seven hits before being pulled in the second inning against the Orioles on Friday night. He will return to AA now and look to continue his domination of that level. In three starts there this year he has a 1.17 ERA and sixteen strikeouts in just over fifteen innings. Nolin was ranked the 19th best prospect in the Blue Jays system by Baseball prior to the 2013 season. 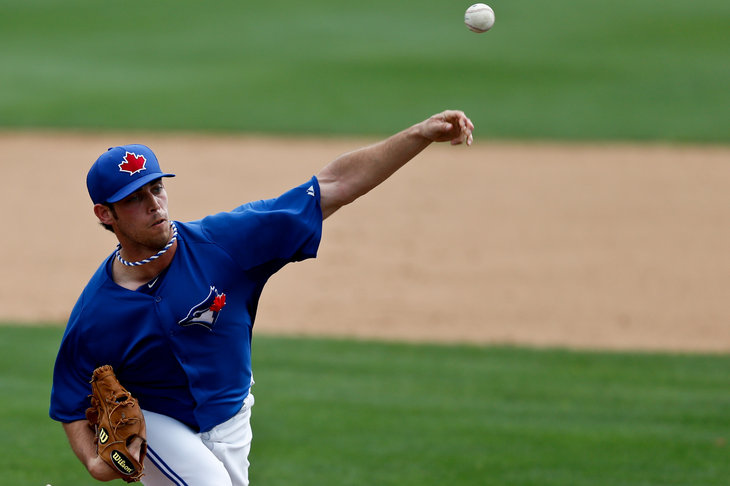 Nolin got the call to make his major league debut Friday after dominating minor league hitters over the past year./span>

Thad Weber, who was acquired on waivers from the Padres on May 19, will replace Nolin on the Blue Jays roster. Weber has a 2.00 ERA in nine innings of relief work with this season. He will join the Blue Jays bullpen and proved some much needed reinforcement to that group. Blue Jays relievers have thrown more innings than any other American League bullpen. They rank 8th in the league in ERA with a 3.82 mark.

will face the Orioles again today with R.A. Dickey pitching against Freddy Garcia.