Adrian Gonzalez missed last night's game with a neck injury. Will he be the next Dodger to land on the DL?

The Los Angeles Dodgers could lose another key player to the disabled list; first baseman Adrian Gonzalez is experiencing neck pain and was seen leaving the clubhouse after last night’s game carrying a brace, reports Bill Shaikin of the Los Angeles Times.

True Blue LA: Dodgers injuries: What moves can they make?

Gonzalez says that he injured his neck on Wednesday, May 1, when he collided with an umpire while pursuing a foul ball. During the team’s off-day Thursday, the 30-year-old Dodger was kept up at night by what he described as occasional "shooting pain" in his neck which occurred whenever he turned his head. Shaikin writes that Gonzalez is hoping that the use of a neck brace will allow him to sleep better and avoid missing time as a result of this injury. "I'm going to be fine. I'm going to get back on the field, and soon," Gonzalez said. 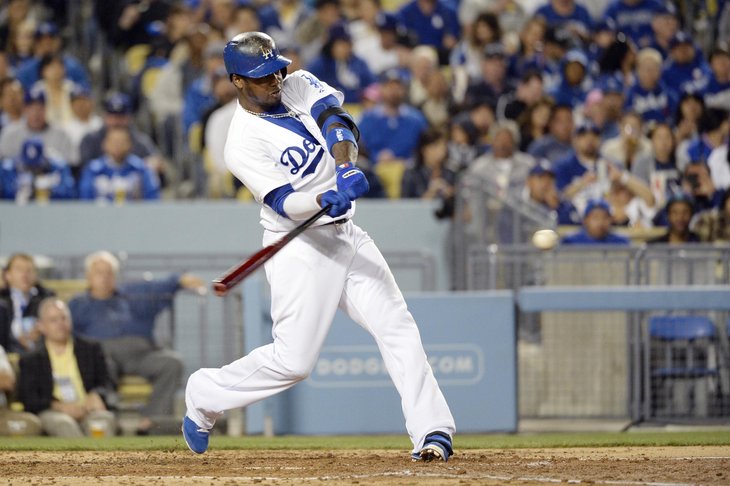 Gonzalez was a late scratch for last night’s game as result of the injury, forcing the Dodgers to play utility man Jerry Hairston in his place. If this injury causes him to miss significant time, it will be a major blow to the team. Gonzalez is currently leading the team in batting average and second only to Carl Crawford in both on-base percentage and slugging with a .330/.393/.495 batting line. The Dodgers have already lost second baseman Mark Ellis and shortstop Hanley Ramirez to injury, leaving their infield depth greatly depleted. The loss of Gonzalez would make Luis Cruz the only remaining starter in the infield and Cruz is struggling badly, hitting just .098/.125/.098 in 65 plate appearances this season.