Angel Pagan was pulled from the Giants game against the Dodgers with a strained hamstring.

San Francisco Giants centerfielder Angel Pagan left last night’s game against the Dodgers in the sixth inning with a mild strain in his right hamstring, reports Willie Bans of MLB.com.

The McCovey Chronicles: Guillermo Quiroz and the Least-Played Players in Baseball

Pagan is day-to-day following the injury. He was replaced in center by Andres Torres who had entered the game an inning earlier in left as part of a double switch. Francisco Peguero entered the game to play left and hit in Pagan’s place at the top of the Giants lineup.

Pagan has been an important fixture at the top of the Giants lineup this season after re-signing with the team World Champions over the off-season. The switch-hitter has been the Giants leadoff man in 29 of their 30 games this season and he leads the team in runs scored. He is hitting .275/.328/.367 on the season. After coming over from the Mets prior to the 2012 season, Pagan was a major key to the Giants success last year, batting .288/.338/.440 and leading the league in triples while playing strong defense in center. 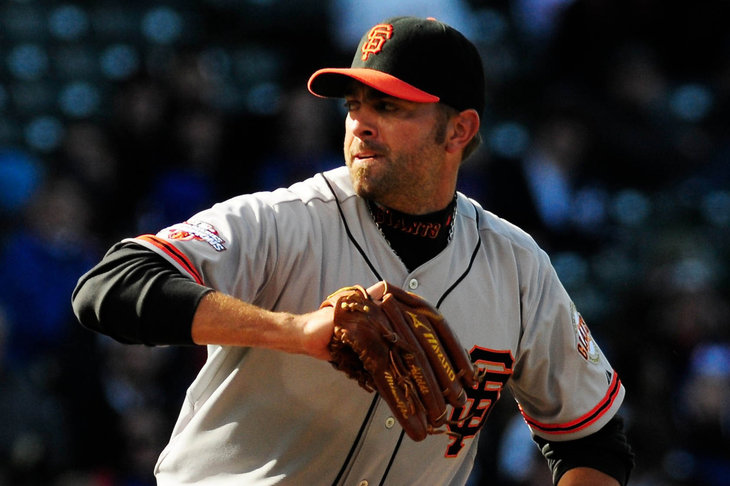 San Francisco has added the veteran reliever and the outfielder prospect to the 25-man roster.

In his absence, the Giants could use Andres Torres, who was their primary centerfielder in 2011 before being traded to the Mets for Pagan, or they could shift left fielder Gregor Blanco to center and give prospect Francisco Peguero some valuable major league experience.

The injury is not expected to keep Pagan off the field for an extended period of time and at this point, a trip to the DL appears unlikely.