White Sox Jake Peavy will miss start on Monday, could be DL-bound

The White Sox could lose another member of their rotation if Jake Peavy's back injury does not improve.

Share All sharing options for: White Sox Jake Peavy will miss start on Monday, could be DL-bound

Chicago White Sox starter Jake Peavy is expected to miss his scheduled start on Monday because of continuing back pain, reports Daryl Van Schouwen of the Chicago Sun-Times.

Peavy has already missed one game, skipping his start Thursday, May 2 as a result of back spasms. He had received treatment from a chiropractor following that incident, but after throwing again it became clear that the injury is still an issue. He will receive further treatment today but it is all but certain that he will not be able to pitch on Monday. If further rest and treatment does not improve the situation, Peavy could end up on DL. 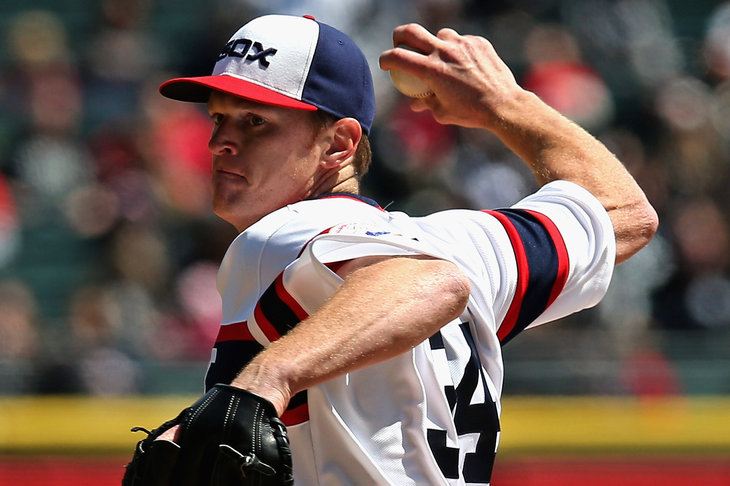 The White Sox pitcher would miss the remainder of the year and the beginning of the 2014 season if he has the surgery.

Peavy has pitched well this season, with a 3.38 ERA over 32 innings and fantastic strike out and walk rates. Losing Peavy to the disabled list would be a harsh blow for the White Sox. The team currently has six players on the DL including fellow starters John Danks and Gavin Floyd.

Hector Santiago has been the first line of defense for the White Sox starting rotation. He was called in to relieve for Floyd when the righty first injured his elbow and he then picked up his first start of the 2013 season in place Peavy on May 2. Even though he is scheduled to start on Wednesday, May 8 against the Mets, he could be pressed into service on Monday. The other option may be to have Chris Sale pitch on short rest.