Braves to get Brian McCann back in the next two days

Share All sharing options for: Braves to get Brian McCann back in the next two days

The Atlanta Braves will get catcher Brian McCann back from the DL on Monday or Tuesday, writes Carroll Rogers of the Atlanta Journal-Constitution.

McCann began the season on the disabled list after having surgery to repair his shoulder in October. He was originally scheduled to return to the Braves for today’s game against the Mets, but he was unable to make a rehab start with the Gwinnett Braves yesterday due to rain, so that assignment will take place today during the first game Gwinnett’s doubleheader today.

The Braves have managed extremely well at the position without the veteran star thanks to a fantastic start from rookie Evan Gattis. After impressing manager Fredi Gonzalez in spring training, Gattis became the Braves everyday catcher in McCann’s place. He was recently named the National League’s Rookie of the Month for April after hitting .250/.302/.557 with seven home runs and seventeen runs driven in. David O’Brien of the Atlanta Journal-Constitution had previously stated that Gattis is expected to stay in the majors after McCann’s return, but it is not clear at this point what role he will play. 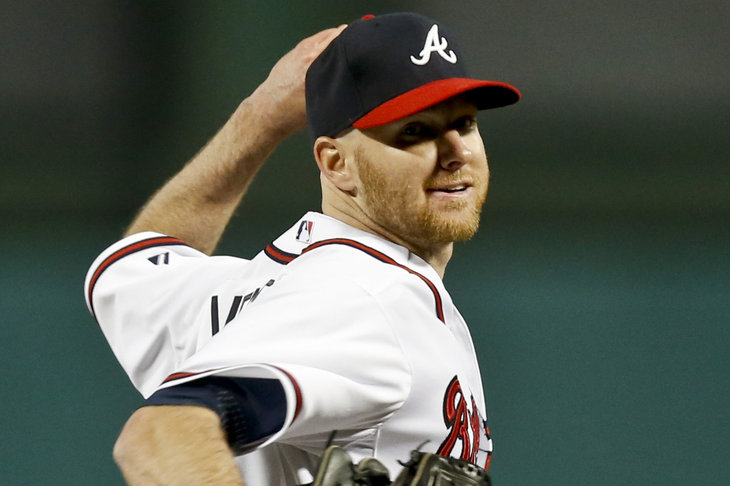 Atlanta got some news on their injured setup man Tuesday, as Venters made 75 throws with no residual effects in his elbow.

McCann is likely to be a far superior option to Gattis on defense. While Gattis has held his own over these first few weeks, the rookie has given many people cause to doubt his ability to remain behind the plate long-term as he has made his way to the majors, while McCann has been a plus defender throughout his career. On offense, the two are much more evenly matched. With a career .279/.351/.475 McCann might lack the power that Gattis has flashed so far, but he has better on-base skills. His experience along with his walk and strikeout rates make him a safer bet at least. Still, Gattis’ ability to hit for power makes him a valuable player to have in the line up.

Gonzalez could choose to platoon Gattis and McCann as the left-handed hitting McCann does hit righties better and would see the majority of playing time in such a scenario. Gattis has been better against lefties as well, though five of his seven home runs have come against righties.

Manager Fredi Gonzalez is inclined to carry three catchers when McCann returns, keeping veteran Gerald Laird around as an emergency option, according to O’Brien.