Houston has put the veteran southpaw back in the 'pen indefinitely following a handful of unsuccessful starts.

Share All sharing options for: Astros notes: Erik Bedard moved back to bullpen

Erik Bedard's season began about as well as it could. The left-hander tossed 3⅓ frames of scoreless relief on Opening Night and followed it with four shutout innings the next week in his first start of the year. Since then, however, it's been a downward spiral for the Canadian southpaw.

Bedard has amassed an 11.02 ERA and allowed eight home runs in his last 14⅔ innings on the hill over the last two weeks, which accounts for four miserable starts and one not-terrible relief appearance. His recent struggles showing no signs of dissipating, the club has decided to move Bedard back into a relief role indefinitely, reports Brian McTaggert of MLB.com. 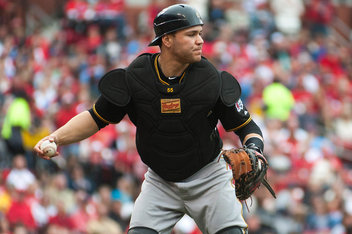 It's unclear at the moment who will take Bedard's spot in the rotation, but the Astros won't need to make that decision until Friday because of Monday's day off. Long-relief guys like Dallas Keuchel, Paul Clemens, and Jose Cisnero probably have a leg up on the empty rotation spot since they're already in the bullpen, but Triple-A southpaw Brett Oberholzer may be an option as well.

While it's not very likely, the club could also use the opportunity to start the service clock of top pitching prospect Jarred Cosart, who owns a 2.36 ERA and 9.5 K/9 in 27⅓ innings for Triple-A Oklahoma City so far this year.