Chicago didn't just call for outfield reinforcements on Monday, they also swapped out a bullpen arm.

The Chicago Cubs were busy on the roster rearrangement front on Monday. Not only did the club purchase the contract of outfielder Ryan Sweeney in lieu of continuing to put Dave Sappelt in center, but the Cubbies also designated righty reliever Kameron Loe for assignment and recalled young right-hander Rafael Dolis from Triple-A, reports Carrie Muskat of MLB.com.

Loe, 31, was picked up on waivers from the Mariners in mid-April and was used sparingly out of the 'pen by the Cubs over the last three weeks. The veteran right-hander made seven appearances altogether for Chicago, allowing five runs on three long balls in 8⅓ innings of work. 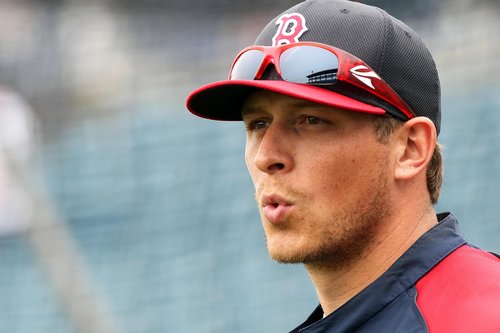 Dolis was brought up for a few days last month when Kyuji Fujikawa hit the DL, but faced just one batter before making his way back down to Iowa. The 25-year-old right-hander tossed 33 innings of relief for the Cubs last season but was rather ineffective when all was said and done, posting a 6.59 ERA and walking just one fewer batter than he struck out.

Loe has a pretty solid track record as a reliever if you willingly ignore his last two years, so it's unlikely he'll make it through the waiver wire if he ends up there.