The Astros have released outfielder Rick Ankiel, reports Brian T. Smith of the Houston Chronicle via his Twitter feed.

The team had recently designated the outfielder for assignment, and it became apparent that he was not interested in accepting a demotion to Triple-A.

Philip Humber moved to the bullpen, Erik Bedard back in rotation 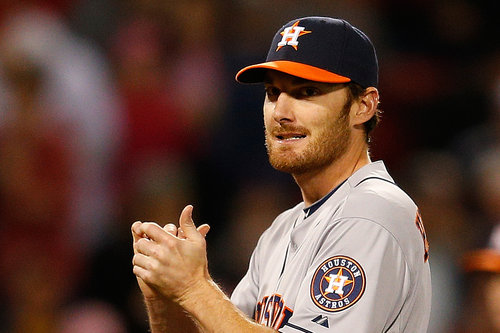 The Houston Astros have moved a second veteran starter out of the rotation and into the bullpen.

As recently as last season, Ankiel was considered to be a somewhat important member of the Washington Nationals bench, so it is not as though he has no talent. It is surely surprising to see perhaps the worst team in baseball give up on him so quickly, but as they try and figure out what pieces they have for the future, it is not difficult to understand the move.

As a left-handed hitting outfielder who provides pop and experience off the bench, he could certainly make sense for a good amount of teams.The Mets could be a potential suitor, as they were rumored to have interest over the off-season.

Ankiel has also played for the Nationals, Cardinals, Royals,and Braves.