Ricky Nolasco trade rumors: Why would the Dodgers want him anyway?

Here's what we're discussing deep in the basement of SB Nation MLB headquarters.

Share All sharing options for: Ricky Nolasco trade rumors: Why would the Dodgers want him anyway?

The big rumor of the moment is clearly the Los Angeles Dodgers' interest in Marlins right-hander Ricky Nolasco. MLB Daily Dish reporter Chris Cotillo reported earlier that the dilemma for the Marlins comes down to the old cold-hard-cash vs. prospects problem:

Hearing #Marlins dilemma with Nolasco is #Dodgers will take on salary but lack prospects, other teams have prospects but won't take on $

Deep in the cavernous basement of SB Nation MLB headquarters, I and Steve Goldman (editor of sbnation.com/mlb) and Ed Stark (prisoner we keep around for laughs) were having the exact same discussion.

Here's how it went:

Goldman: Maybe it's worth writing up Nolasco now. If it happens, great, I can change the tenses and talk about what the Marlins got. If not, we're just ahead of it talking about what the Dodgers (or whoever) is getting.

Bopp: we have a [source -- see above] that is saying the hangup is $/prospects (obviously).

The Nolasco trade outcome: The guys they give up maybe end up with a couple okay relief years, Dodgers miss playoffs by several games.

But it's a win because "Ned never gives up anything of value". Ned then signs reliever for three years because "there were no other options"

I took umbrage with that, kinda:

Goldman: Well, he's also a FA and relentlessly mediocre, so if the Dodgers give up anything of real significance it's an overpay.

Bopp: If you're trading in June it's because you're willing to overpay. Right? The essence of the trade deadline is NOW'S THE TIME, IT'S WORTH IT! [or] We're so far away, let's get value out of this guy while we can.

Stark: Poor mediocre, it gets a bad rap. Plus you're saying mediocre in a vacuum -- they're using Stephen Fife. 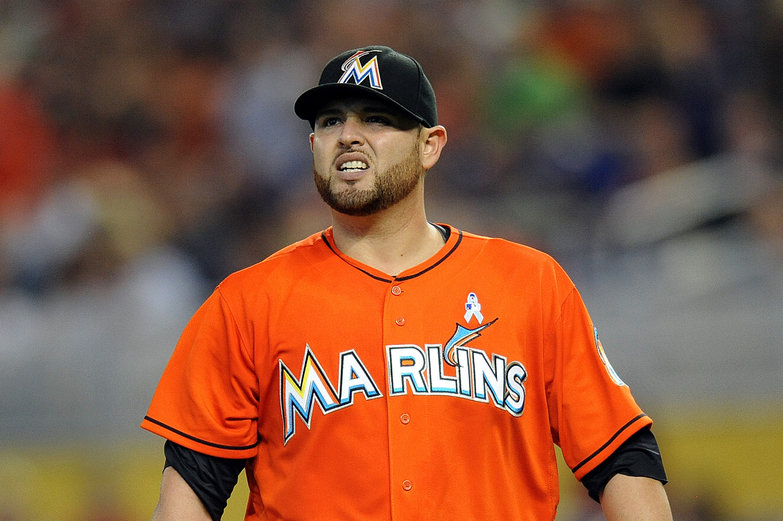 The 30-year-old starting pitcher likely won't be with Miami for long.

Bopp: SICK BURN! You just got SSS all over your face, kid.

Goldman: My parenthetical there was meant to preempt that!

Stark: I'm as big of a Nolasco critic as anyone, but it's Stephen Fife.

Goldman: Well, I'm just devil's advocating. Let's say it swings the other way. Say Fife is an 85 ERA+ the rest of the way. Nolasco might be a 95. What's that worth to you?

Bopp: A game or two?

Stark: It's a super close division, it's still June, they're just getting the lineup back together. I'd rather roll with Nolasco. They already went all-in, might as well keep at it.

Bopp: Keep on digging, I say.

Goldman: Also, maybe your alternative to making a deal is bringing up Zach Lee in a few weeks.

Stark: I mean if they trade Zach Lee then it's a different story, but they don't exactly have great prospects to lose. Zach Lee has only pitched at Double-A and he's been good, not amazing.

Bopp: This could make for a good post [starts writing this post]. My favorite baseball conversations are the impossible questions -- how much is a win worth RIGHT NOW vs. imaginary value in unproven prospects?

Bopp: Technically it's worth $5 million after 85 wins, if I remember correctly, with every win after 96 being worth less.

Goldman: The way I like to think about prospects is, "How likely is it that ____ turns into [the guy you're trading?]." Usually the answer is, "Pretty flippin' low." And of course we don't really know who we're talking about here.

Pitchers are variable and Nolasco could come to the Dodgers and have one of those great runs. It's happened before. But just based on the back of his baseball card, that question, "How likely is [prospect] to develop into a better player than Ricky Nolasco?" the answer might be, "He has a good shot."

Bopp: I agree Steve but even if the ultimate goal is equal value you still have to address value now vs. value later.

Goldman: Well, if everything but the Dodgers stays exactly the same, the D'Backs would finish with 86 wins. To reach 87, the Dodgers would have to 52-33. That's a 99-win pace the rest of the way. They not only need to get better, they need everyone else to die.

Bopp: Isn't that within 2-4 games of what everyone expected anyway?

Goldman: I don't remember, but we're past the point of the season where what we thought is less important than what we see.

Stark: Again, though, the Dodgers now isn't the Dodgers who have been playing this year. Puig and Kemp just just got together. Greinke is back. Hanley isn't on the DL for once.

It's really not out of the question they roll over people for a couple of months and emerge from that division if they just stay healthy. If this were a July 31 trade discussion, I think it'd be different, but we're talking a whole month more of games.

Goldman: There's an argument there, definitely. Even if Puig and Hanley cool off, which they pretty much have to, you'd think that Kemp and Ethier get better and Crawford contributes about at this level. Nolasco doesn't fix the gaping hole at third base, but they can get there later. And you figure if Mattingly has wised up about League, which he indicated today he has, they could do better in the late innings as well.

There you have it, folks. Somehow Stark and I let Steve get the last word.

Your turn: What do you think? Should the Dodgers pull the trigger on a Nolasco trade?