The Brewers are clearly looking like sellers as the trade deadline approaches.

The Milwaukee Brewers are receiving substantial interest in many of their pitchers, including Yovani Gallardo and relievers John Axford, Francisco Rodriguez, and Mike Gonzalez, according to Jon Heyman of CBSSports.com. While the team will likely consider offers on Axford, Rodriguez, and Gonzalez, they would probably have to be blown away by an offer for Gallardo to move him.

Gallardo, who is 6-7 with a 4.20 ERA and 7.3 K/9 in 17 starts on the year, may be the most attractive starting pitcher on the trade market this summer. The 27-year old is under team control through 2015, and would instantly be able to join the front end of a contender's rotation. The Brewers are undecided about dealing Gallardo, and general manager Doug Melvin told Anthony Witrado of the Sporting News that "some teams get in pennant races and need that one guy to get them over the hump", signaling that the Brewers will be willing to make a deal if they receive a satisfactory offer.

Why would the Dodgers want Ricky Nolasco? 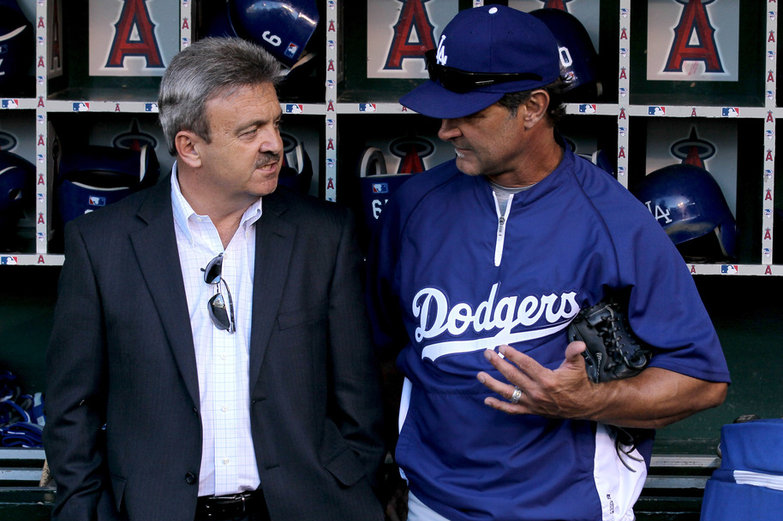 We had an impromptu roundtable and tackled the question. Check it out.

Milwaukee's decision on Gallardo's future comes with some restrictions, as his contract includes a no-trade clause that allows him to block deals to ten teams, including the Baltimore Orioles, who would likely be interested in acquiring him.

The team is receiving "some calls" on Gallardo, according to Heyman, and any deal involving the right-hander would probably take place after other trade candidates like Ricky Nolasco and Bud Norris are moved. According to Ken Rosenthal of FOXSports.com, the Arizona Diamondbacks are already expressing interest in Gallardo.

After a disappointing start to the season, the Brewers are looking to part ways with relievers like Axford, Rodriguez, and Gonzalez, who have all been successful so far this season. Many teams, including the Los Angeles Dodgers, Boston Red Sox, Detroit Tigers, and Atlanta Braves, are known to be looking for bullpen help via trade. The team is also willing to part with almost all of their position players, and would especially like to part with third baseman Aramis Ramirez, according to ESPN's Jayson Stark.

Because they are thirteen games under .500 and twelve games out of first place in the NL Central, look for the Brewers to be major sellers at this year's deadline. With the level of interest in Gallardo, Axford, Rodriguez, and Gonzalez already so high, Milwaukee will likely be able to acquire many young pieces as they build their core for the future.