According to the New York Post, the AL East rivals are eyeing the veteran third baseman.

The Boston Red Sox and New York Yankees are interested in acquiring third baseman Michael Young from the Philadelphia Phillies, according to George A. King III of the New York Post. As King reports, the Red Sox "want Young badly" and the Yankees have been keeping an eye on the 36-year old, who may become available if the Phillies become sellers at the deadline. Philadelphia had two scouts watching the Yankees on Wednesday, signaling that they are at least doing preliminary work on a potential trade. 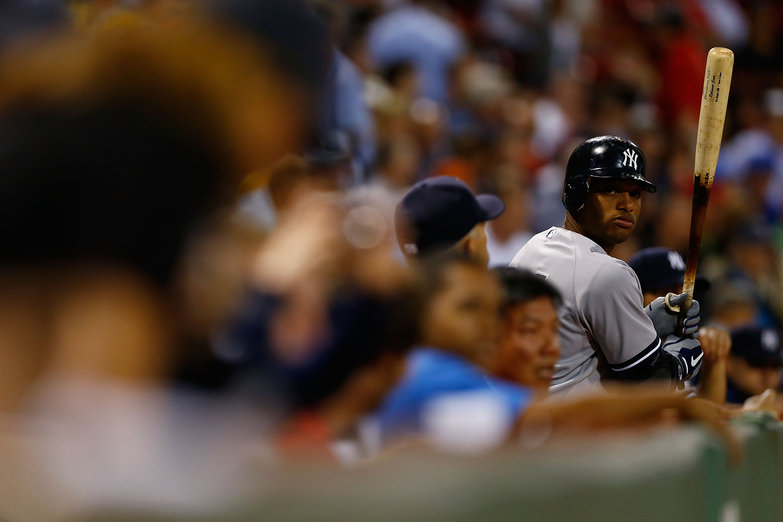 Cano, possibly the best 2nd baseman alive, could be headed to free agency -- and the Yankees might lose him to a higher bidder.

After the demotion of the struggling Will Middlebrooks this week, the Red Sox have been using Jose Iglesias, who is primarily a shortstop, at the hot corner, with recent call-ups Jonathan Diaz and Brandon Snyder in backup roles. Adding a veteran like Young would make sense if Middlebrooks cannot straighten his problems out with Triple-A Pawtucket in the next few weeks.

The Red Sox and Phillies have discussed closer Jonathan Papelbon in recent weeks, according to the Boston Globe's Nick Cafardo, so discussions involving Young would not come as a surprise considering the team's current third base situation.

The Yankees, who currently have David Adams and Alberto Gonzalez manning third base, are searching the trade market for a starting third baseman, according to Jon Heyman of CBSSports.com. While Young would obviously be attractive to them, the team would have interest in Jeff Keppinger, who may be made available by the White Sox, or Aramis Ramirez, who the Brewers would be willing to trade if someone would take on a large chunk of the $25 million owed to him through 2014. With Alex Rodriguez far away from returning to game action and Kevin Youkilis likely out for the season, the Bronx Bombers will definitely be looking to strengthen the position within the next month.

While the two rivals would unquestionably be solid fits for Young, many factors will come into play as potential deals are discussed. The Phillies, who are 7.5 games out of the NL East race, have not yet determined if they will be buyers or sellers at the deadline, and may decide to hold on to veterans like Young and Papelbon if they have a chance at contending for a playoff berth. Also, Young has a full no-trade clause, meaning that he can veto any trade and stay with Philadelphia if he chooses.

UPDATE 9:49 PM: The Red Sox and Phillies have not engaged in "a single conversation" about a deal involving Young, reports Rob Bradford of WEEI.com. Bradford goes on to say that Young could make his way onto Boston's radar in the next few weeks. Nick Cafardo of the Boston Globe adds that officials from both teams denied having any substantial talks involving Young.