After being designated for assignment last week, the outfielder was traded to the Orioles on Sunday.

The Baltimore Orioles have acquired outfielder Eric Thames from the Seattle Mariners in exchange for minor league infielder Ty Kelly, according to an announcement from the team. Thames, designated for assignment by the Mariners last Saturday, was optioned to Triple-A Norfolk. 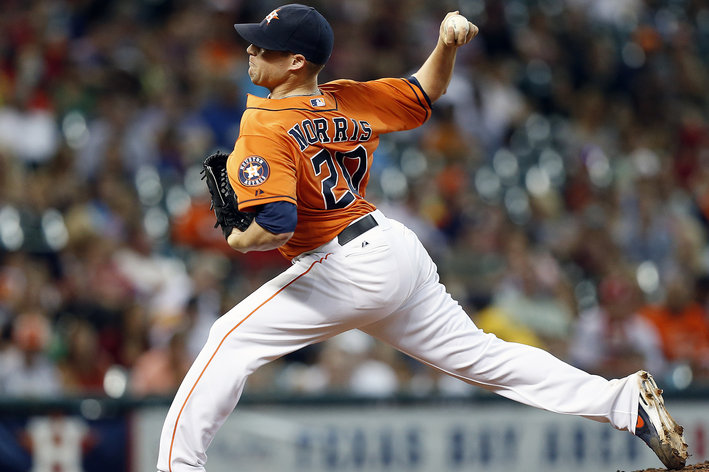 The Orioles are looking like they are ready to make a move for a pitcher before the trade deadline. Here are a few they're reportedly considering.

The 28-year-old is hitting .295 with 7 HR and 33 RBI in 55 games for Triple-A Tacoma on the season, and drew interest from the Colorado Rockies, Kansas City Royals, Cleveland Indians, New York Yankees, Toronto Blue Jays, St. Louis Cardinals, and Houston Astros before being traded to the Orioles, MLBDailyDish's Chris Cotillo has learned.

He is currently on the disabled list with a fractured left hand and will be out for the next month.

Kelly, a third baseman who was drafted by the Orioles in the thirteenth round of the 2009 draft, is hitting .283 with 1 HR and 47 RBI in 72 games for Double-A Bowie on the season. He was assigned to Triple-A Tacoma.