The Yankees may decide that it is time for the two 27-year old pitchers to move on to other organizations.

The New York Yankees are shopping right-handers Phil Hughes and Joba Chamberlain to various teams throughout the league, according to Ken Rosenthal of FOXSports.com. An American League executive even went as far as telling Rosenthal that the Yankees are "aggressively pushing" the pair of pitchers and that a trade involving Chamberlain to a National League team could happen soon. 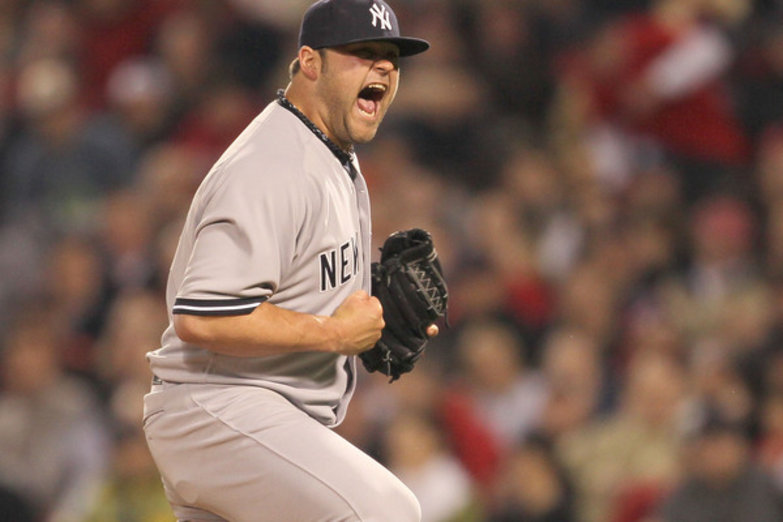 The Phillies and Yankees have interest in each other's players, which means that they could match up on a deal in the next three weeks.

Hughes, 27, is 4-8 with a 4.55 ERA in 17 starts on the season. Because of his impending free agency and the unlikelihood that the Yankees will bring him back this winter, he may appeal to contenders who think he will succeed outside of New York. The Los Angeles Angels have had interest in him in the past, according to Jon Heyman of CBSSports.com.

While no teams have been specifically linked to Hughes, people throughout the game believe that the Yankees will receive a significant return for him if they decide to part ways.

Chamberlain, who is 1-0 with a 5.75 ERA in 22 relief appearances this season, is the more likely of the two to be dealt in the next three weeks. He has already drawn interest from the Atlanta Braves, and seems to be the perfect fit for a change of scenery in the National League. Chamberlain is also a free agent after the season, and it is widely known that the Yankees will not have interest in bringing him back.

The Phillies, who were previously rumored to have interest in Chamberlain, are not currently pursuing him, according to Ken Rosenthal of FOXSports.com.