Although the Phillies are not selling all of their assets, there is enough interest in Michael Young for a deal to be possible.

Philadelphia Phillies' third baseman Michael Young is drawing trade interest from about a dozen clubs, according to Ken Rosenthal of FOXSports.com. Rosenthal confirms that the Boston Red Sox and New York Yankees, who have been reported to be interested for weeks, are among the clubs who have checked in. 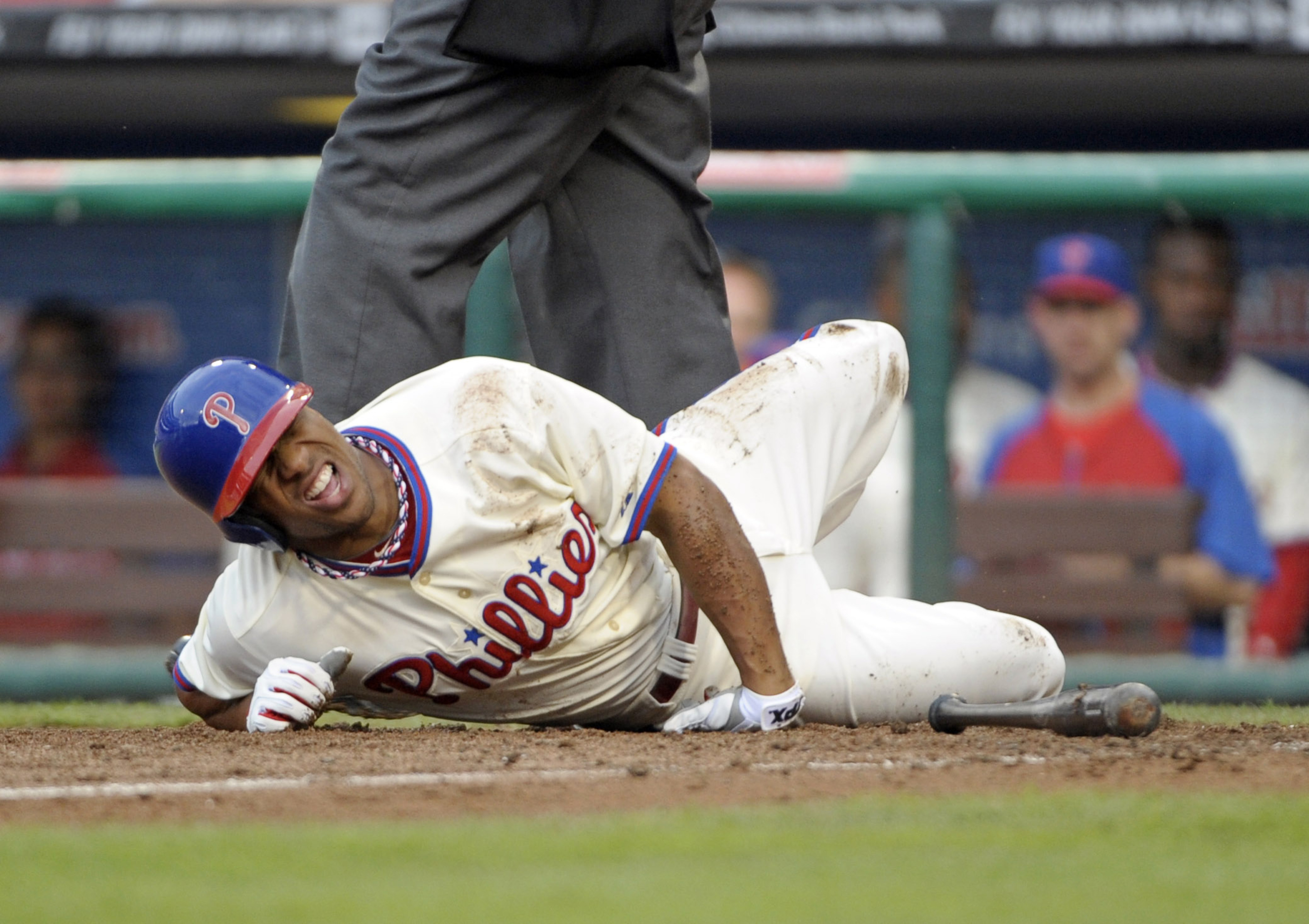 With Ben Revere out for at least six to eight weeks with a broken right ankle, the Phillies are suddenly looking for a center fielder to fill the void.

The Phillies, who have told teams that they are not willing to sell key assets like Cliff Lee, Jonathan Papelbon and Carlos Ruiz, may be compelled to deal Young due to the intense interest in him, according to Rosenthal. Peter Gammons of MLB Network reported on Saturday that, as of last week, the Yankees were told that Young is not available.

The 36-year old is a free agent after the season, and is in demand due to the lack of right-handed hitters on the trade market. While the Sox and Yankees would use him at third base, some teams are looking to move him to second base, where he last played regularly in 2003.

Along with the Yankees and Red Sox, I speculate that the Royals, Dodgers and Reds could be among the teams interested in acquiring Young. With almost half of the league involved, the Phillies will likely be able to receive one or two solid players in return for two months of Young's services.

Young has a full no-trade clause in his contract, which may serve as an obstacle for the Phillies. If Young feels that Philadelphia has fallen out of contention and that a change of scenery would give him the best chance to win the elusive championship, he will likely approve a trade to a contender.