The 27-year old may be dealt before the end of the month.

The San Francisco Giants and Atlanta Braves have interest in trading for New York Yankees right-hander Joba Chamberlain, according to a report from George A. King III and Dan Martin of the New York Post. The two teams have sent scouts specifically to watch the 27-year old, who is eligible to become a free agent after the season and is not expected to re-sign with the Yankees. 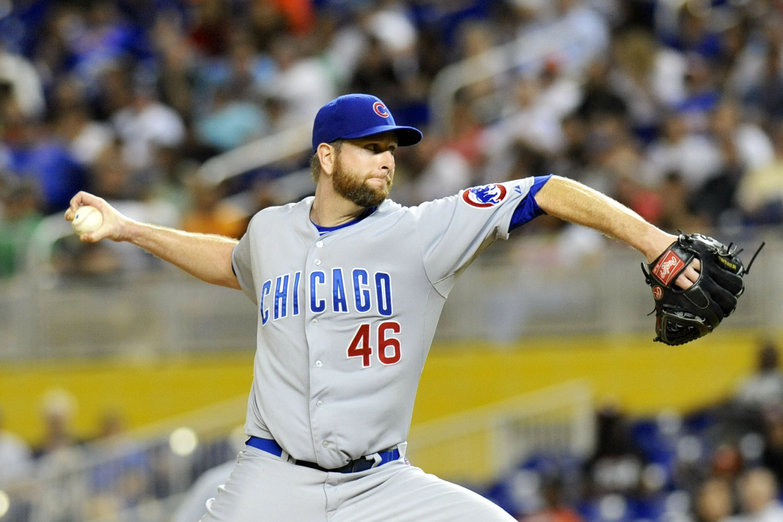 The first big trade of the July has gone down! Read it all right here.

The Braves, known to be looking for relievers after losing Eric O'Flaherty and Jonny Venters to injury, are also expected to pursue Cubs' closer Kevin Gregg in trade talks.

The Giants have not been known to be pursuing bullpen help, but have been linked to available starting pitchers like Bud Norris, Ricky Nolasco and Matt Garza.

The Yankees, who currently sit six games behind the Boston Red Sox for the AL East lead, may decide to part with assets like Chamberlain and Phil Hughes in order to bolster other parts of their ballclub. While they are not confirmed to be actively shopping Chamberlain, his on-field struggles and problems with teammates throughout his tenure with the team make him a perfect candidate for a change-of-scenery trade.

In 21 appearances this season, Chamberlain is 1-0 with a 5.75 ERA and 1.721 WHIP. He has been a major disappointment for the Bronx Bombers since the extremely promising start to his career in 2007 and 2008.

UPDATE 1:17 PM: Lee Edler, the Giants' scout who was reported to be watching Chamberlain in Minnesota, was actually scouting Twins relievers, according to Hank Schulman of the San Francisco Chronicle. Available members of the Twins' bullpen could include Glen Perkins, Jared Burton, or Casey Fien.

Even if the Giants were not scouting Chamberlain, their scouting presence at the game signals that they are in search of bullpen help. The team had strong interest in New York Mets reliever Carlos Torres back in June, when he was allowed to talk to other teams while deciding whether or not to exercise the opt-out clause in his minor league contract. The Giants offered Torres a major league contract and a spot on the 25-man roster, but the Mets decided to promote him to the majors before he could sign with another team.