The Cardinals tried to address their shortstop need, but were turned down by the South Siders.

UPDATE 8:56 AM: The White Sox never rejected a Ramirez-for-Martinez deal, according to Jon Heyman of CBSSports.com:

while it wouldn't surprise if #STLCards liked alexei r, #chisox did not turn down top rhp prospect Carlos Martinez for him

ORIGINAL: The Chicago White Sox recently rejected a trade offer from the St. Louis Cardinals that would have sent shortstop Alexei Ramirez to St. Louis in exchange for a package including pitching prospect Carlos Martinez, according to Mark Gonzales of the Chicago Tribune. It is unclear if other players were involved in the proposal. 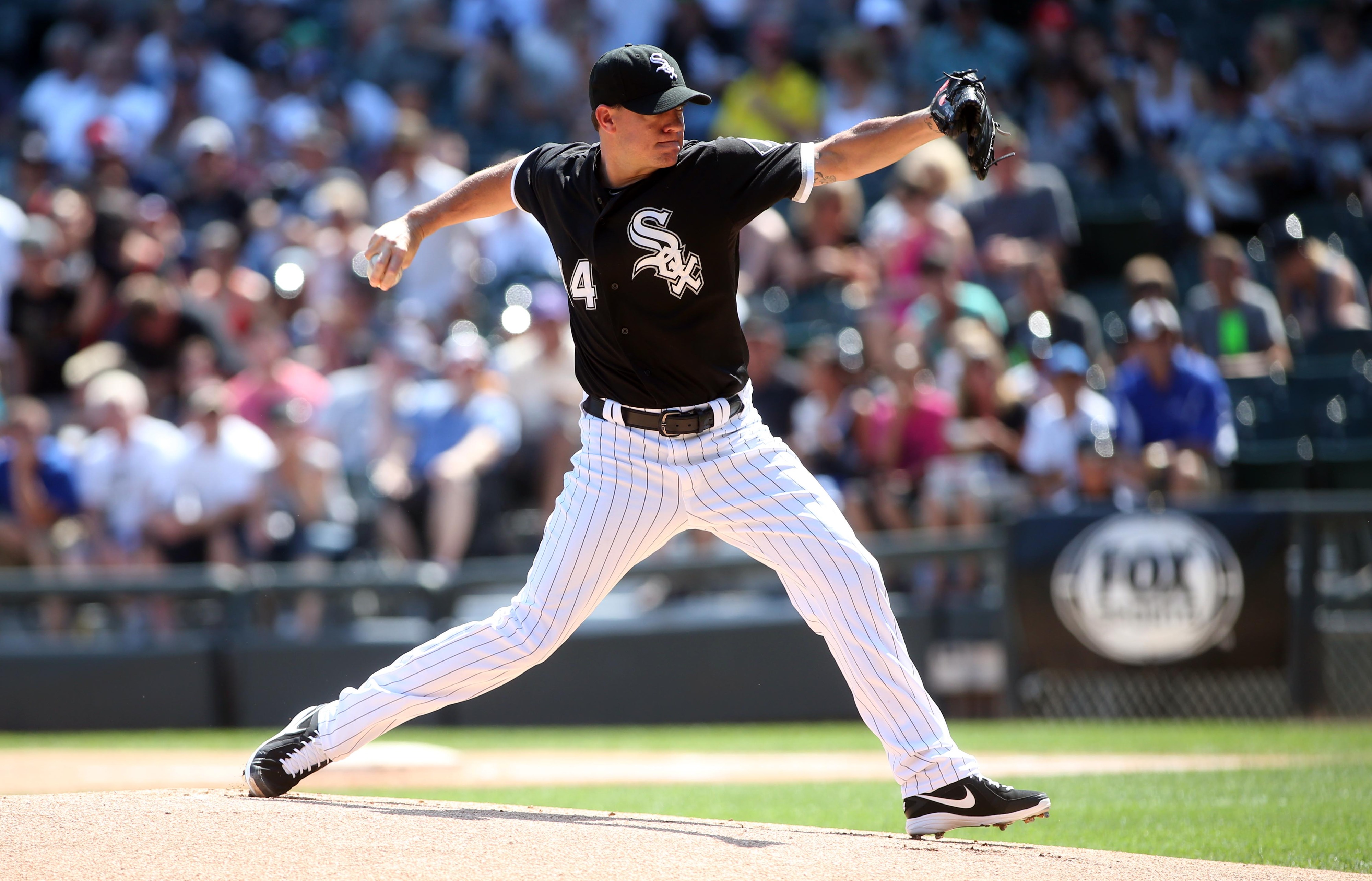 Jake Peavy is now the best pitcher available on the market -- and teams are already lining up.

The White Sox are actively shopping many players on their roster, including Jake Peavy, Jesse Crain and Alex Rios.

They are likely to move Rios and Crain before next week's trade deadline, but have not indicated a willingness to move Ramirez, who is under team control through the 2015 season.

By rejecting a deal involving Martinez, who is considered to be one of the 40 best prospects in baseball, the White Sox have signified that they see Ramirez as a big part of their future. The 31-year old has been a consistent producer in his six years with the White Sox, and is on a team-friendly contract.

Martinez, 21, was rated by Baseball America as the 38th best prospect in the game heading into the season. His repertoire includes a sharp curveball and fastball that can reach 100 mph, and his excellent performance in the minors this season (4-2, 2.05 ERA in 11 starts with AA Springfield and AAA Memphis) earned him a promotion to the majors. While he has struggled in his nine major league appearances so far, he is still considered to be one of the best pitching prospects in baseball and is under team control through 2019.

As Jon Heyman of CBSSports.com reported last week, the Pirates may have interest in Ramirez as the deadline approaches. Like St. Louis, the Pirates have a strong farm system and chance at a championship this season, which would mean a move for Ramirez would make sense. The White Sox' rejection of the Cardinals' offer shows that they would have to be completely blown away by an offer for the shortstop, and that they are in no rush to move him.

The Cardinals have been relying on Pete Kozma at shortstop this season, and have been disappointed by his performance thus far. The 25-year old has hit .237 with 1 HR and 30 RBI in 88 games on the season, proving to be a weak spot in an otherwise strong Cardinals' lineup. Because of Kozma's struggles, the Cardinals are actively searching for an upgrade at shortstop, and their strong offer for Ramirez shows that they are desperate. The shortstop market is extremely weak this summer, with Ramirez being the only solid option available. Now that he seems to be off the table, the Cardinals may pursue reunions with available shortstops Brendan Ryan (Mariners) and Ronny Cedeno (Astros), or could try to lure a shortstop like Jamey Carroll (Twins) away from a seller.

As written about on Tuesday, the Cardinals are also expected to be one of the many teams who pursue Peavy in the next week. If the team commits to going all in for the 2013 season, they could try packaging a few top prospects together in a blockbuster deal for Ramirez and Peavy.