After snagging Matt Garza, the Rangers are active in their search for a bat.

The Texas Rangers, who have been searching for a right-handed bat, are targeting Alex Rios (White Sox), Hunter Pence (Giants) and Kendrys Morales (Mariners) in trade talks, according to Jeff Wilson of the Fort Worth Star-Telegram.

Mets outfielder Marlon Byrd is also on the team's radar, according to Danny Knobler of CBSSports.com. Because Texas is likely to lose outfielder Nelson Cruz to a suspension due to his connection to the Biogenesis scandal, the team is being aggressive in their mission to replace his bat before the deadline. 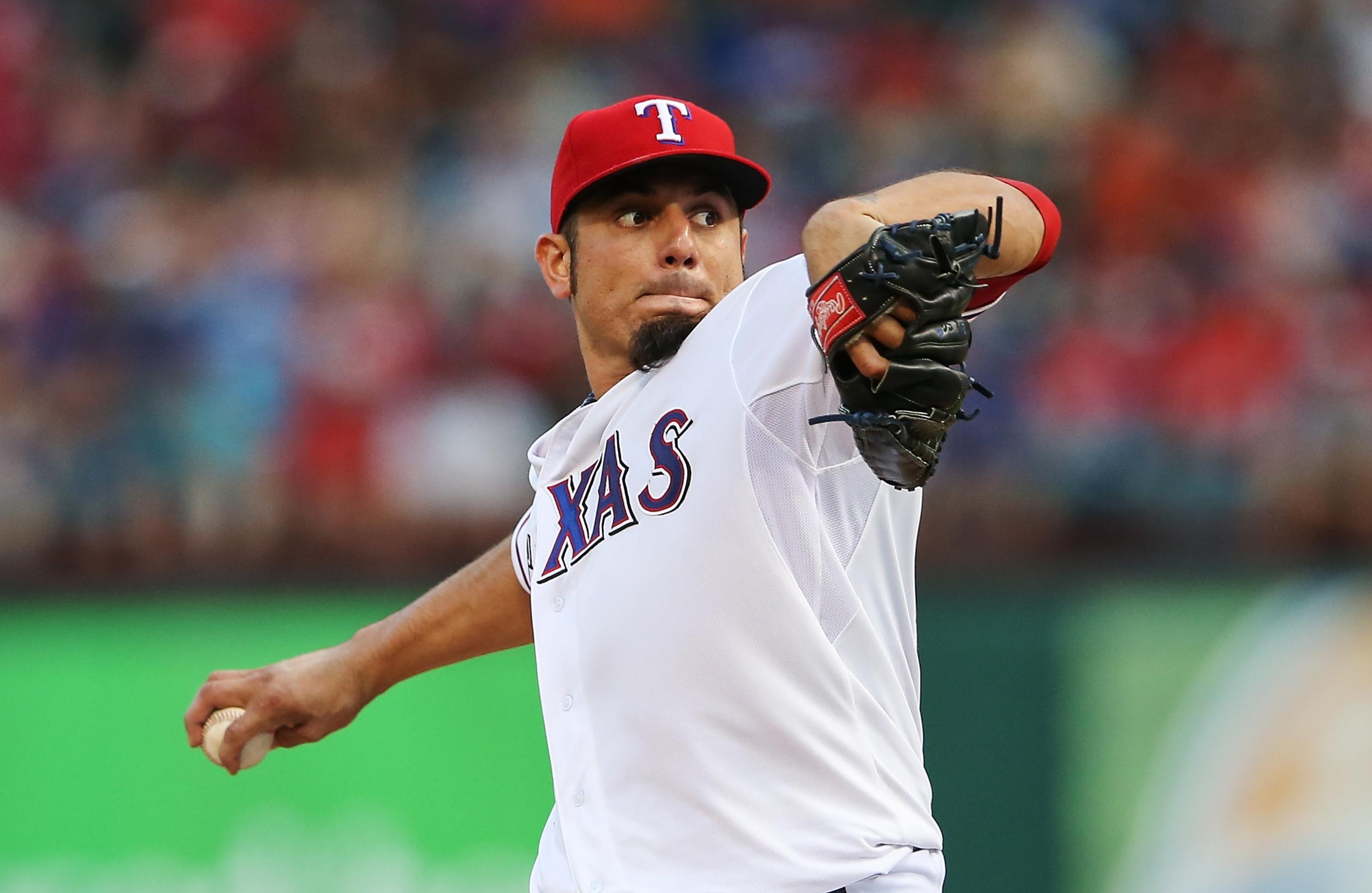 The Rangers paid a steep -- but fair -- price to acquire Matt Garza before the trade deadline.

While Rios is likely to be dealt, the overwhelming belief throughout the league is that Pence, Morales and Byrd will stay put as the deadline passes.

As discussed on Wednesday, the Rangers are involved in active talks with the White Sox about a deal involving Rios. The 32-year old is almost guaranteed to be moved before July 31st, and is also drawing interest from the Pirates, Royals, Diamondbacks and Red Sox.

At this point, a Rios-to-Texas deal should be considered the most likely scenario due to the Rangers' ability to take on a substantial portion of the remainder of Rios' contract and avoid giving up top-tier prospects in the process.

The Giants have shown no interest in trading Pence, according to Jayson Stark of ESPN.com, but he is still drawing interest from teams around the league, including the Pirates. At only seven games back of the NL West-leading Dodgers, San Francisco believes they still can contend for a playoff birth and will avoid selling pending free agents like Pence and Tim Lincecum before the deadline.

Morales, who is also a free agent after the season, is also unlikely to be traded before the deadline because, as Jon Heyman of CBSSports.com reports, the Mariners are "not selling at all right now". The 30-year old has also drawn interest from the Rays and Yankees.

The Mets have decided that they want to stay competitive throughout the rest of the season and are "highly unlikely" to move Byrd, according to Andy Martino of the New York Daily News. If they are overwhelmed with an offer from a team looking for offense, they may decide to cash in on his strong performance this season and status as a pending free agent.

The Rangers are not interested in White Sox outfielder Alejandro De Aza, according to Jon Paul Morosi of FOXSports.com in a correction of his earlier report. Because the Yankees seem to be close to acquiring Alfonso Soriano from the Cubs, the Rangers are likely out of those sweepstakes. Justin Ruggiano (Marlins) and Chris Denorfia (Rangers) may also be of interest to the Rangers, but Texas has not pushed hard for Ruggiano and Denorfia is unlikely to be dealt, according to Ken Rosenthal of FOXSports.com.