The 30-year-old will likely be moved before his start in Atlanta on Wednesday if the Marlins have their way.

The Miami Marlins are trying hard to trade right-hander Ricky Nolasco before his start tonight in Atlanta, a source has confirmed to MLBDailyDish's Chris Cotillo.

The Los Angeles Dodgers, San Francisco Giants, and San Diego Padres remain among the favorites to acquire the 30-year old due to their location on the west coast. The Texas Rangers are still involved in talks, and the Colorado Rockies seem like an unlikely destination at this point. 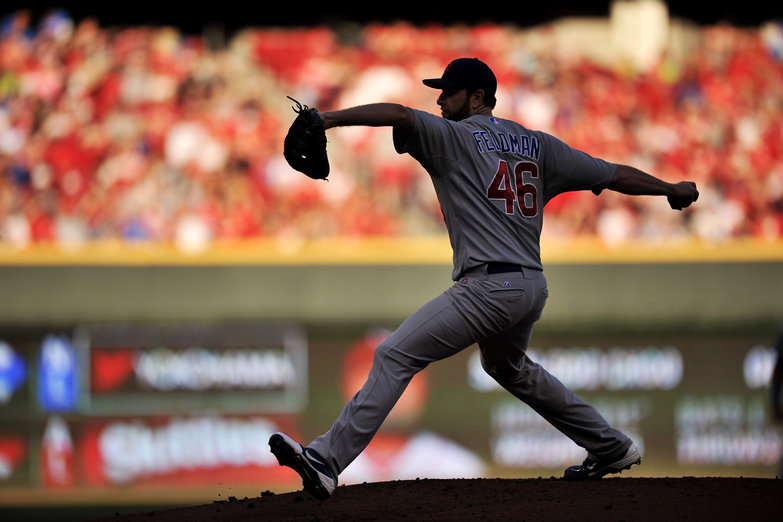 Nolasco's camp is also "really pushing to get the deal done before tonight's start", Cotillo has learned.

As ESPN's Buster Olney reports, Miami has "adjusted their asking price" in recent days in an effort to move Nolasco as soon as possible. The key factor in a potential deal is how much of Nolasco's salary the acquiring team will take on, and another source has indicated that the Dodgers would be willing to pay off most (if not all) of Nolasco's salary for the remainder of the year.

The Marlins are also looking to acquire a pair of prospects for Nolasco, according to FOXSports.com's Ken Rosenthal, and are likely looking to find the perfect balance between salary relief and prospect value.

The Rangers, Rockies, and Dodgers were in "heavy pursuit" of Nolasco as of last night, according to ESPN's Jayson Stark. Colorado has fallen back in the race a bit due to their unwillingness to absorb Nolasco's salary relief, according to CBSSports.com's Jon Heyman, and the Rangers have lost ground due to the Marlins attempt to place Nolasco on the west coast, where he grew up.

The Dodgers, who caused a stir by placing newly-acquired reliever Carlos Marmol on outright waivers this morning to clear a 40-man roster spot (according to MLB Network's Peter Gammons), have long been considered the favorite to acquire Nolasco.