The Red Sox have swooped in and gotten the pitcher they were looking for.

The Boston Red Sox, Detroit Tigers and Chicago White Sox have announced a deal that will send right-handers Jake Peavy and Brayan Villarreal to the Red Sox, infielder Jose Iglesias to the Tigers and outfielder Avisail Garcia, second baseman Cleuluis Rondon and pitchers Jeffrey Wendelken and Francellis Montas to the White Sox.

The Red Sox will assume the close to $20 million remaining on Peavy's contract for the next two seasons, according to Nick Cafardo of the Boston Globe. 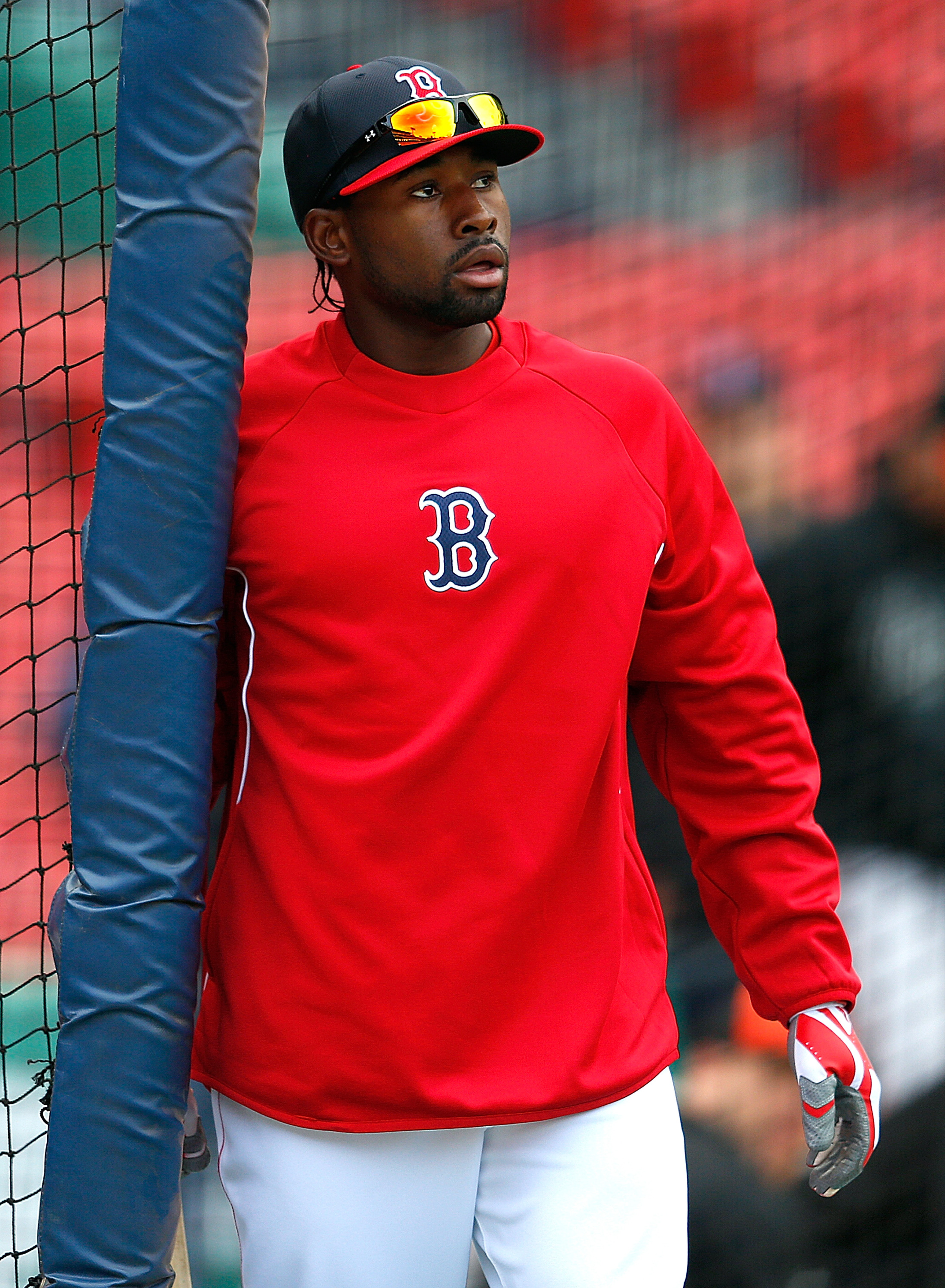 Everyone freaked out and went on #hugwatch Tuesday evening when JBJ was pulled from a game in Pawtucket, assuming he was traded. MLBDD's Chris Cotillo reports it wasn't that at all.

Boston, who was just "kicking the tires" on Peavy as of this weekend, quickly ramped up the pursuit of their right-hander and swooped in to snag him. The Athletics, Orioles, Cardinals and Diamondbacks were all involved in talks for Peavy as of today, but the return from the three-team deal was likely too much for the South Siders to refuse. Arizona emerged as a frontrunner early on Tuesday, but will now focus on possible deals involving Bud Norris or Ian Kennedy.

Peavy, 32, will immediately slot into the Red Sox rotation in place of Clay Buchholz, who is lost until September due to injury. The right-hander has been the prize of the starting pitching market after posting a 8-4 record with a 4.28 ERA, 8.6 K/9 and 1.9 BB/9 in 13 starts with Chicago on the season. He was attractive to the Red Sox due to the fact that he is under team control through the next season, and will surely be a big part of the team's playoff push down the stretch.

Villarreal, 26, has split the year between Detroit and Triple-A Toledo. The right-hander has given up ten earned runs in just 4.1 innings of major league work this season, but has been solid at Triple-A, posting a 2-2 record and 3.15 ERA in 28 appearances. The Sox are hopeful that Villarreal will revert back to his impressive 2012 form, when he was 3-5 with a 2.63 ERA in 54.2 innings of work. He will join the Red Sox' 40-man roster, but it is not yet known if he will go to Pawtucket or Boston.

Iglesias, 23, has impressed at the major league level this season, hitting .330 with 1 HR and 19 RBI in 62 games. The Cuban-born infielder has always impressed scouts with his superhuman fielding abilities, and his offensive surge this year made his value skyrocket on the trade market. While he is not expected to keep up his offensive tear from the first few months of the season, he will provide an excellent glove for the Tigers in the absence of shortstop Jhonny Peralta, who is expected to be suspended for his connection to the Biogenesis scandal. Iglesias is under team control through the 2018 season.

Garcia, 22, was ranked by Baseball America as the second-best prospect in the Tigers' system before the season. After making his major league debut in 2012 by posting a .319 average in 23 games with Detroit, Garcia has split the season between Detroit and Triple-A Toledo. In 38 games in the minors, Garcia has posted an impressive .387 average with 6 HR and 27 RBI, and has hit .241 with 2 HR and 10 RBI in 30 major league games. The 6''4", 240 pounder is known as a five-tool player, and is undoubtedly the prize of the package for the White Sox. He will report to Triple-A Charlotte, but will likely see time in the majors with Chicago in the near future.

Rondon, 19, has hit .277 with 1 HR and 10 RBI with Low-A Lowell on the season. The Venezuelan-born second baseman was signed as an international free agent in 2011, and is now in his third year in the Red Sox' system. He is not ranked by SoxProspects.com as being a top 60 prospect in the team's system, and will project as a utility man for Chicago.

Wendelken, 20, was Boston's thirteenth round pick in last year's draft. He has pitched well for Single-A Greenville on the year, posting a 2-0 record with a 2.81 ERA, 7.6 K/9, and 2.8 BB/9 in 26 starts on the season. He is also not on SoxProspects.com's list of Boston's top 60 prospects, and projects as a reliever in the major leagues.

Montas, 20, is a high-ceiling pitcher who SoxProspects.com ranked as the 36th best prospect in the Red Sox' system before the trade. He has struggled with Greenville on the year, posting a 2-9 record and 5.70 ERA in 85.1 innings of work, but projects to be the best of the three prospects that the Red Sox sent to Chicago.

All of the involved teams satisfied their needs in this deal without giving up too much. The Red Sox got the established pitcher they have been searching for and a high-ceiling reliever, Detroit got their shortstop of the future who will become an instant replacement for Peralta, and the White Sox continued to work towards a rebuild by acquiring a can't-miss prospect and three lottery ticket-type players.

Jon Heyman of CBS Sports was the first to report that the Red Sox and White Sox had a deal for Peavy (Twitter link). WEEI.com's Alex Speier first broke the news that it was a three-team trade involving the Tigers, and Danny Knobler of CBS Sports tweeted that Iglesias was going to the Tigers. Bob Nightengale of USA Today was the first to tweet that Garcia was headed to the White Sox. Speier also reported that Rondon would be included in the trade (on Twitter).