This year's MLB trade deadline didn't give us many headline grabbing deals, but some teams made the most of their deals and others came up short. Here are the winners and losers-

The 2013 MLB non-waiver trade deadline has come and gone and it will be remembered more for the lack of headline moves than anything else. Just a few major trades went down and in the end, the number of sellers was surprisingly small. The deals that did happen were generally somewhat predictable and uncontroversial. Even in this benign collection of deals, there were some teams that stood out for how well they did and teams that probably could have done better this July 31st.

The Red Sox got a replacement for Clay Buchholz in Jake Peavy and they gave up very little for it. Jose Iglesias is having an excellent season and his incredible work with the glove makes him a valuable asset but his bat is still a huge question mark. His .330/.376/.409 owes a great deal to a unusually high batting average on balls in play and even if he has made strides at the plate, he is probably at the peak of his trade value right now.

With Xander Bogaerts knocking on the door, Iglesias was expendable as well. Peavy is a gamble thanks to injury issues and numbers that don't necessarily excite, but Boston doesn't need him to be the player he was in 2007. They just needed another quality arm in the rotation and they got it. Reliever Brayan Villarreal is a nice throw-in as well, making a good deal for Boston even better.

On seller's side, nobody did nearly as well as the Cubs. Compared to what the White Sox got back for Jake Peavy, the return for Matt Garza borders on unbelievable. Mike Olt is a top-50 prospect and Justin Grimm has potential as a solid back-of-the-rotation starter. C.J. Edwards is much further away from the majors, but he might be the best player in this deal given his age, velocity and command.

Even without knowing who the final player in this deal is, this one is huge win for the rebuilding Cubs. They didn't stop there either. They also dealt Alfonso Soriano for an intriguing young arm in Corey Black. 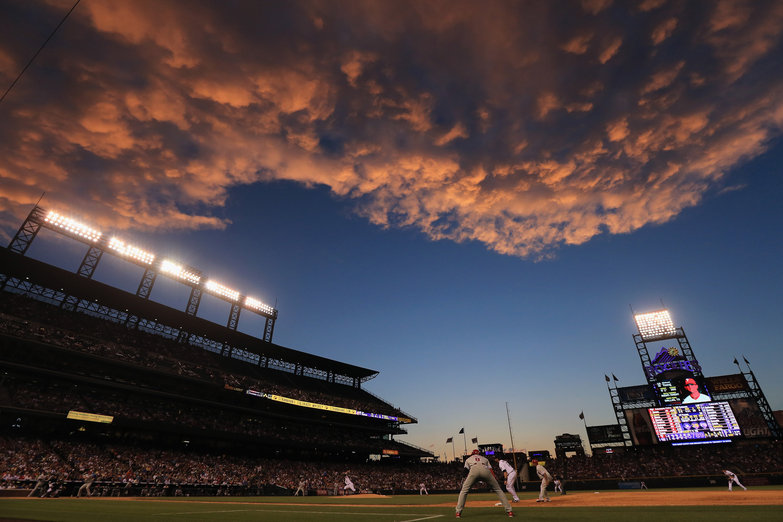 MLB Daily Dish rounds up all the deadline deals

The Astros are a long way from competing so stocking up on young controllable players is obviously their priority. The biggest obstacle to doing that at the deadline this year was their lack of useful players to deal away. Given a roster full of guys that don't offer much trade value, the Astros did surprisingly well by landing lefty Josh Hader and outfielder C.J. Hoes in the deal for Bud Norris and getting Kyle Smith for Justin Maxwell.

There are no superstars in this group, but all three players are intriguing. Smith has a mid-rotation ceiling and strong secondary stuff. Hader is a tall lefty with developing velocity approaching the mid-90s, a deceptive delivery and a similar ceiling. Hoes is close to the majors and he offers Houston almost everything they lost by shipping away Maxwell, but at 23-years-old, he also has the chance to develop more power and become something more than a fourth outfielder. With nothing more than a back-of-the-rotation innings-eater and fourth-outfielder to deal, Houston managed a nice return.

Avisail Garcia is not the player that I would want to get back if I was dealing the top pitcher on the trade market. Jake Peavy has his flaws and he may not have been able to command what Garza did in return, but the White Sox probably could have done better here. Even at just 22-years-old, Garcia has a long track record of strong batting averages with little power and a hyper-aggressive approach that has resulted in too many strikeouts and far too few walks.

I get that he is still young and strong and super athletic with great tools and he showed poise in the 2012 playoffs, but I don't like the high swing-rates, his consistent lack of good Isolated Power and his complete dependence on high-BABIPs. Maybe he develops power, but his approach is probably going to remain a major issue. He is high-risk and I'm not sure I see a reasonable chance of a high-reward.

The three prospects Chicago received from Boston are all in the low minors and with relatively modest ceilings. They aren't bad players to get here, they just don't make up for the lack of more stellar talent at the top of this deal. Add Jose Iglesias going to their division rival to upgrade one of the worst infield defenses in the game and this deal could haunt Chicago for years to come.

There is a surfing expression, "caught inside," which means being stuck in a place where there is no way to avoid being tossed around by the impeding crash of a coming wave. The Royals have gotten themselves caught inside thanks to a recent win streak that put them too close to a playoff spot to sell off but not nearly close enough to become big spenders.

The result was a deal that sent pitching prospect Kyle Smith to the Astros for outfielder Justin Maxwell. Smith isn't exactly a can't-miss guy. He is a small righty with low-90s velocity who has been successful in A-ball thanks to strong secondary offerings, good command and an advanced approach. He still has a long way to go to reach his ceiling of a mid-rotation starter.

Smith may be the type of player teams looking to buy are willing to deal, but they usually want to get more than Justin Maxwell in return. Maxwell has hit .222/.311/.419 over 763 career plate appearances. He actually has a reverse split this season, but historically, he has hit lefties better and it appears that his primary role will be as a platoon partner for David Lough in right and as a backup for all three outfield starters. It is role that will have an extremely limited impact in their success or failure this season and adds minimal longer term value.

The Royals needed to get something more than just a role player to justify not selling this season. Their production at second base has been dreadful, former top prospect Mike Moustakas continues to flounder at the plate and just one everyday player on the team (Billy Butler) has hit better than the average hitter on the Indians and Tigers, who they are chasing. Smith seems like a slight overpay for a guy like Maxwell but the bigger issue just how little this deal helps. Kansas City didn't do enough and what they did won't help anywhere near enough.

Your turn: Who are your trade deadline winners and losers?