The 33-year old heads to his third team in five days.

The David DeJesus era in Washington has come to an end. Four days after being traded from the Cubs to the Nationals, the outfielder has been sent to the Tampa Bay Rays in exchange for a player to be named later or cash, according to Marc Topkin of the Tampa Bay Times. 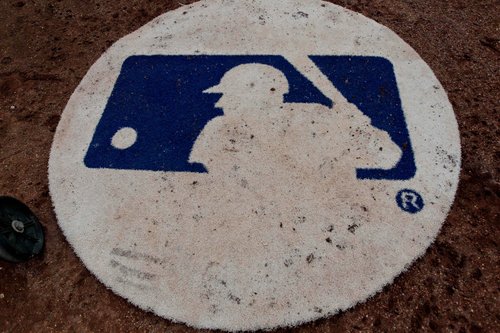 After spending the first four and a half months of his season with the Cubs, DeJesus was traded to the Nationals on Monday in a move that had many scratching their heads due to Washington's current outfield situation.

With Bryce Harper, Denard Span and Jayson Werth under team control, there seemed to be no room for DeJesus on the club's roster, leading many to speculate that the Nationals had an ulterior motive for making the deal.

That motive became more clear on Monday night, when the team placed the 33-year old on revocable trade waivers. Two days later, Jesse Rogers of ESPNChicago.com reported that the Rays had put in a waiver claim on DeJesus, and that the teams had 24 hours to try to work out some sort of deal involving him.

The overwhelming expectation over the past 24 hours has been that Tampa would in fact acquire DeJesus, and Topkin's report signifies that the speculation has become a reality. Due to Washington's strange series of actions, it will be interesting to see if the return that they received from the Rays will be greater than the one they sent to the Cubs earlier in the week.

The Rays have been searching for outfield help for the stretch run, and have added both DeJesus and Delmon Young over the past two days. Both are expected to contribute on the major league roster as the team makes its playoff push in the last month of the season.

After staying put at the trade deadline, the disappointing Nationals are beginning to let go of some assets as the August 31st waiver trade deadline approaches. In addition to trading DeJesus, the team has released outfielder Roger Bernadina and sent catcher Kurt Suzuki back to the Athletics this week. Pitcher Dan Haren has cleared waivers, and the Nationals will likely try to trade him in the next eight days.