The experts take on the Pirates' acquisition of slugger Justin Morneau.

Earlier today, the Minnesota Twins sent slugging first baseman Justin Morneau to the Pittsburgh Pirates in exchange for outfielder Alex Presley and a player to be named later. 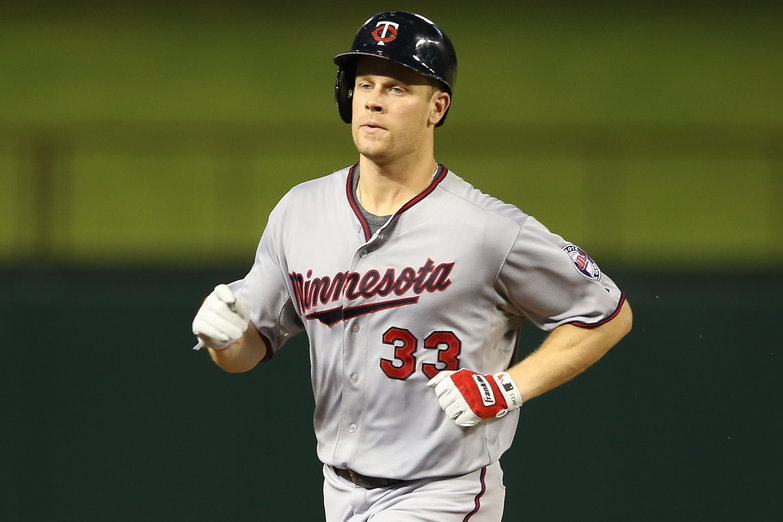 The former MVP will head to Pittsburgh for the stretch run.

The trade, which was first reported by Ken Rosenthal of FoxSports.com, has stirred up a variety of opinions throughout the baseball.

Andrew Bryz-Gornia of Twinkie Town wrote about how the trade will impact current members of the Twins organization:

It might signal the end of Clete Thomas being a starter in center field, who despite his good defense has hit a paltry .226/.299/.329 this season and is now at .238/.316/.364 for his career. It means that Aaron Hicks will likely be in the minor leagues to start 2014 and will need to prove that he deserves another chance in the majors. It also could suggest that Darin Mastroianni has a competitor for the 4th outfielder role next year.

It's not all bad for current Twins players, though, as this trade does benefit Chris Colabello and maybe Chris Parmelee. With first base now open, Colabello will be given September to show that he has a future with this team, and Parmelee might even get some starts there as well, provided that he is a call-up within the next week.

Bryz-Gornia notes that Clete Thomas, Aaron Hicks, and Darin Mastroianni will all likely see a reduction in their playing time as a result of the acquisition of Presley. However, the loss of Morneau will create an opening at first base for the immediate future, giving Chris Parmelee and Chris Colabello an opportunity to showcase their talent.

He also addresses the rumor that the Twins could look to resign Morneau in the offseason:

It would be nice to see Morneau back, but with Colabello, Parmelee, and possibly even Joe Mauer, Trevor Plouffe, and/or Sano being first basemen in the future, bringing back Morneau would be a move simply to appease fans rather than to get this franchise moving in the right direction again.

As evidenced by the above quote, a re-acquisition of the longtime Twin would not be the right move for a rebuilding Twins franchise.

Over at Bucs Dugout, David Todd writes about how the Pirates could potentially use their new first baseman:

Morneau is struggling against left-handers this season, hitting just .209/.248/.288 in 161 plate appearances. As Todd writes, a platoon situation with Gaby Sanchez could be ideal for the club, as Sanchez is hitting a robust .326/.440/.539 against lefties this season, but his batting line drops significantly to .204/.301/.318 when facing right-handed pitchers. With Morneau taking the lion's share of the work against righties, the club could sit him against lefties in favor of Sanchez, which would represent a huge offensive upgrade at the position.

Ken Rosenthal discusses how the trade will realign the Pirates' depth chart:

Morneau, 32, should further boost the Pirates' offense, enabling them to play first baseman Garrett Jones in the outfield as the team awaits the return of injured outfielder Starling Marte.

Marte has been dealing with a sprained right hand since August 19th, and is a candidate to return sometime in early-to-mid-September. Since the injury, the Pirates have been forced to use the disappointing Jose Tabata in left field. The addition of Morneau should allow the Pirates to move Tabata into a 4th outfielder role, while creating a temporary starting outfield of Jones, Andrew McCutchen, and the recently acquired Marlon Byrd. Once Marte returns, the Pirates will have a plethora of first base/outfield types on the bench with Tabata, Jones, and Sanchez all likely being removed from starting roles.

Yahoo! Sports' Jeff Passan tweeted out his thoughts on the deal earlier today:

While Justin Morneau is a big name and good get for Pittsburgh, it says a lot that he was traded for a 28-year-old journeyman outfielder.

As Passan points out, the fact that Morneau was acquired for a marginal 4th outfielder and a PTBNL (which will likely be insignificant), shows that his abilities have greatly depreciated since winning the AL MVP award in 2006 and sustaining the first of multiple concussions during the 2010 season.

Finally, the folks over at Bucs Dugout summarized the transaction as a whole, and explain why the Pirates made the right move here:

The Pirates aren't parting ways with anyone who's likely to bite them. Justin Morneau is a very marginal upgrade, and that's mostly because he allows the Pirates to use Garrett Jones to improve their pinch-hitting options. This is very different from the Marlon Byrd trade, which was a serious improvement. But if the Pirates are only going to give up Alex Presley and a random minor-leaguer for Morneau, then this is fine. And who knows -- maybe Morneau will catch fire in the last few weeks and become the real upgrade that a lot of Pirates fans seem to believe him to be. With this low a price to acquire him, there's really no harm in taking the chance.