Yankees star second baseman Robinson Cano is at the top of the 2014 free agent class, but a limited market for his services could lower his price tag.

Robinson Cano will be the top free agent this coming off-season and the soon-to-be 31-year-old second baseman is ready to cash in on deal that many are projecting to top $200 million. After he left Scott Boras to join the new Jay-Z led division at CAA, it initially appeared that the move signaled Cano's would sign an extension to stay in New York, but as the season draws to a close, it looks more and more certain that he will test the market with his new agents and he is a near-lock for the top paying deal of the winter at this point.

Keep up with all of our MLB Coverage

It is easy to see why teams are willing to consider laying down such a hefty paycheck to get Cano. The Yankees second baseman has hit .309/.355/.505 for his career and he is coming off a season where he has added an elite walk rate (10.2 percent) to his already impressive skill set. He is also generally regarded as a strong defender at a premium position. Total Zone (TZ) credits him with saving five runs above average with his glove work. Some of the other systems for evaluating defense are less bullish on him- the Ultimate Zone Rating (UZR) and Defensive Runs Saved systems (DRS) were particular down on his early seasons at second- but his 2012 and 2013 seasons have been above average by any measure. With so few players with his abilities making it to free agency these days, Cano offers teams a unique chance to add a MVP-caliber player without trading away cost-controlled talent and a number of the big-market clubs should be willing to pay for that privilege.

It's pretty cut and dry really; the Yankees can't afford to lose Cano. He has been there top player by fWAR since 2006, edging out both Alex Rodriguez and Derek Jeter. Rodriguez has become a complete pariah and will potentially miss all of the 2014 season under suspension and Jeter has played in just 17 games this season and looked all of his 39 years when has been on the field. The Yankees were built to win yesterday and their window is rapidly closing. However, New York is not a town that can tolerate rebuilding years, so losing Cano would be a catastrophic blow to the franchise.

For the Yankees to compete in 2014 and 2015, they have to keep Cano in pinstripes. They have to do a great deal more than that, actually, but if Cano were to leave town, he would be almost impossible to replace. No other free agent at any position can match his offense production and replacement options at second are slim. The Yankees don't have much trade material at the major league level. Their minor league system is not terrible by any means, but it is lacking in top players at the higher levels, which is typically what it takes to land young major league players. Everything points to the Yankees doing what they have to do keep Cano. That alone may not be enough to bring them back to the top of the division, but without Cano, it is hard to see any path that could. 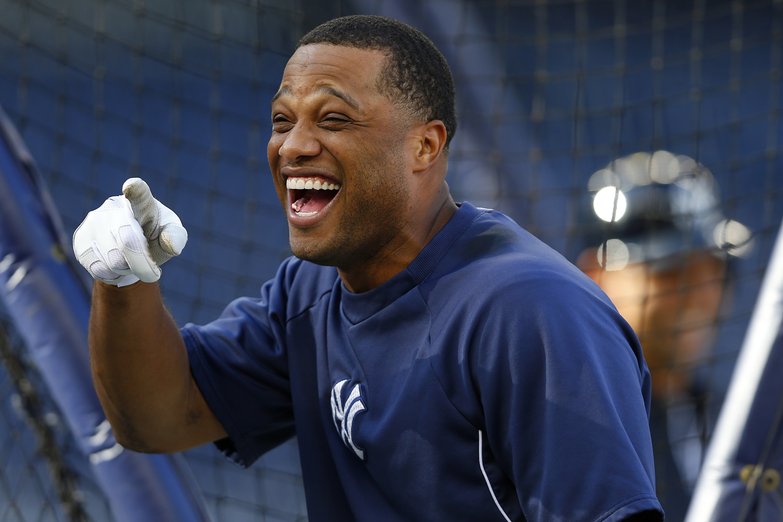 The Dodgers are privately shunning the idea of continuing their wild spending spree and will not pursue Cano, according to Bob Nightengale of USA Today, but until Cano actually inks a deal, it will be hard to ignore the possibility that they will jump in the bidding. The Dodgers new ownership has been spending money like comes with an expiration date and Cano is a natural fit for the team and the town. If his move to Jay-Z's agency wasn't a sign that he wanted to stick with New York, maybe it is a sign that he is looking to maximize his off-the-field profile and earnings. If that is the case, New York and L.A. are on fairly equal footing.

The Dodgers have gotten a decent amount of production out of second base this season, with Mark Ellis, Nick Punto and Skip Schumaker all seeing time there. Ellis is the only true full-time player of the three, however and he is 36-years-old. The Dodgers don't have anyone in the minors preparing to replace Ellis either so even if they do exercise his 2014 option ($5.75 million), it will only be a temporary fix at best. While the Dodgers are less desperate for impact talent than the Yankees, we have yet to see any limitations placed on their spending. Their reluctance to keep buying is understandable given their excellent 2013 record and the fact that they will be hit with what is likely to be a record-setting arbitration deal for ace Clayton Kershaw this off-season if they don't give him his own $200 million+ deal first. However, even that might not stop the Dodgers from stealing Cano away. They have the need and the ability and that alone makes it a possibility.

Despite playing in one of the biggest markets in the country, the Cubs will have less than $60 million dollars committed to their 2014 before arbitration salaries are worked out. Theo Epstein and Jed Hoyer have done an impressive job restocking the team's farm system in short order and that hard work is getting close to paying off. In fact, prospect Arismendy Alcantara may be the second baseman of the future for the Cubs in a just a season or two, but that won't stop the Cubs front office if they want to change the story on the North Side.

When the Nationals signed Jayson Werth to a seven year/ $126 million deal in 2011, they were partially signaling to fans and other players that the team was ready to compete and they were willing to spend money to make sure they did. Chicago may not be at the point yet, but a Cano signing would send an exponentially more dramatic message and also do more to move the on-the-field product forward. It is hard to tell when Epstein and Hoyer will shift from building to buying, but the change in strategy can't be far off. The failings of the previous front office have been washed away in trade and expiring contracts and they have young players they can deal or bring up in the near future.

Could the Mets look to compete in 2014? Before Matt Harvey's elbow injury, the answer would almost certainly have been yes. Even Harvey's injury may not be enough to shift the time table for GM Sandy Alderson. The Mets have even less salary committed to 2014 than the Cubs and they play in the biggest market in the country. With Dillon Gee, Jon Niese and Zack Wheeler giving them the start of a strong, cost-controlled rotation even without Harvey, they can afford to spend big on position players. The outfield is a much bigger need for them since Daniel Murphy is already a solid average to above-average contributor at second, but stealing a New York icon away from the Yankees might just be too good to pass up.

Of course, reading the financial flexibility of the Wilpon's is impossible at this point. They may not be ready to spend even if the team the front office is building justifies doing so. Even if they do enter the bidding, beating out the Yankees for their own player is more than a little unlikely.

The Orioles have gotten very little out of second base this season, but they have paid veteran Brain Roberts $10 million to play that position for just 59 games thus far. He is off their books after this season along with a few pricey arms. Most of that money will wind up paying the arbitration raises coming to Chris Davis and Matt Weiters, however. Baltimore has the need if we are just looking at second base production, but their offense has been much less problematic than their pitching this season, so that is probably where money will get spent.

What will he cost?

In his negotiations with the Yankees, some parameters for his price have evolved, but the numbers being tossed around so far provide an extremely wide range. Shortly after Cano signed with Jay-Z's CAA division, a report from Jon Heyman of CBS Sports stated that Cano was seeking a deal comparable to Alex Rodriguez's 10-year $275 million deal signed in 2008 while the Yankees were pushing for a deal closer to the 8-year/$138 million deal the Mets gave David Wright prior to this season. The two deals represent extremes. Wright's deal is exceptionally team friendly and Rodriguez's is the single largest contract in the history of the game. Simply saying the deal will fall in between those two isn't really saying much.

The reality is Cano's contract will likely be much closer to Wright's deal than A-Rod's. Even if the Biogenesis scandal had not happened, Rodriguez's contract would still look like an absolute disaster. At this point, even mentioning it in negotiations is probably a losing strategy. If Cano got the exact deal Wright got, it would still be the largest contract ever given to a second baseman, topping Dustin Pedroia's recent eight-year/$110 million extension. Since both Wright and Pedroia agreed to their deals before reaching free agency thoguh, Cano should come at a premium in comparison.

How much that premium will be depends a great deal on how many teams are willing to bid against the Yankees. If Nightengale has it right and the Dodgers abstain, Cano could face a very limited market for his services. Only a few teams have the financial power to be in this bidding and while clubs like the Cubs and Mets could court him, there is no evidence suggesting they plan to. Many of the other major market teams are either set at second or nearing their spending limits. If the Yankees are bidding against themselves, even getting 10-years/$200 million may be tough for Cano. $20 million a season seems like a reasonable enough estimate on average annual value, but I would not be surprised if he only gets seven or eight seasons.