Seattle Mariners: Likely to be improved in the Win-Loss column, but what about the standings?

Jack Zduriencik's offseason has improved the Mariners on paper, but does that improvement get them any gains in the divisional standings?

Share All sharing options for: Seattle Mariners: Likely to be improved in the Win-Loss column, but what about the standings?

It would be hard to argue that the Seattle Mariners are not a better team on paper than they were when the 2013 season came to a close. The 71-win 2013 incarnation of the Seafarers had a lot of room for improvement, so such a development should be expected, but the much-maligned Jack Zduriencik has inarguably made improvements to the roster. Now such a declaration is relatively nuance-free. The Mariners have added Robinson Cano, Logan Morrison, Corey Hart, John Buck, and Willie Bloomquist this winter. The costs of these improvements are great and will be on the books for years to come, but for now let's look at how the 2014 Mariners are shaping up.

If we look at team WAR from last year, the Mariners position players were worth 4.5 fWAR and 11.5 rWAR, and their pitching staff was worth 16.6 fWAR and 12.0 rWAR, totaling 21.1 fWAR and 23.5 rWAR. Judging by their collective WAR, one could make an argument that the 2013 Mariners were even worse than their third-order W-L% would suggest, as that WAR total suggests a team with a win total in the upper 60s. 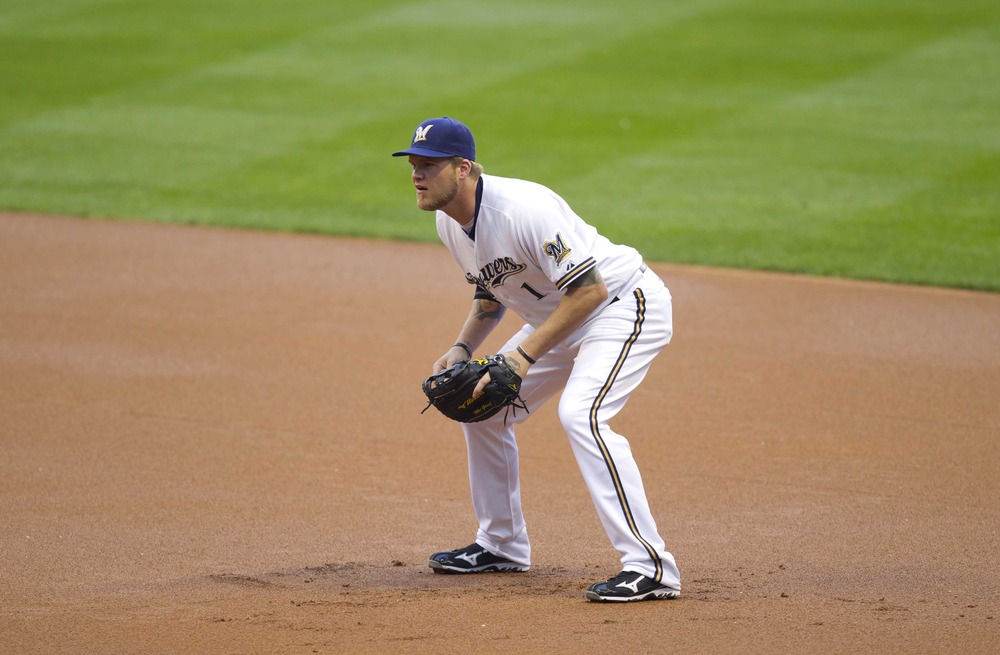 Will Hart be able to squat down even this much? Photo credit: Jeff Hanisch-US PRESSWIRE

Using the raw Steamer projections (the ZiPS projections are not up for the Mariners yet, and Oliver normalizes playing time at 600 PA and tiers the pitchers relatively uniformly so as to render its utility in this exercise) without adjustments for usage/playing time, the 2014 Mariners look to be worth 21.2 fWAR with position players and 14.4 fWAR with pitchers, totaling 35.6 fWAR. That would be a 14.5 fWAR improvement over last year. Of course, Steamer makes no adjustments for the fact that Logan Morrison and/or Cory Hart look to spend significant time at DH and will take a hit defensively for that. It also makes it look like Corey Hart, a man recovering from dual knee surgeries, will have a defensive season much closer to his non-terrible 2011 season than the other three terrible seasons that surround it. If ever there were a case that someone would perform even worse than defensive projections would indicate, it is in Corey Hart's 2014 projections.

Realistically, the 2014 Mariners projected fWAR total should probably be reduced by at least 1.0 fWAR, but for the sake of argument we'll keep it at its generous 35.6.

In looking at whether the Angels improved, it is not sufficient to just look at what they have done in comparison to last season. They were the fourth-best team in a division with three other legitimate contenders and a fifth upstart that could be competitive as soon as 2015.

Using Steamer projections for fWAR for each team in the AL West, here is how each team looks like for 2014:

Judging by the Steamer projections, the Mariners have gained ground on their intradivisional foes, but they still lag behind top three teams. Perhaps more disturbingly for Mariners fans, the Astros only put up a total of 3.9 fWAR last season but appear to have gained ground on the rest of the pack this offseason while getting nothing in the way of projected production from George Springer in the Steamer projections.

Clearly, these projections only mean so much. Having closed the gap significantly, the Mariners have inarguably improved their chances for contention in 2014. Unfortunately for Mariners fans, it would be difficult to say that they should be considered anything better than a fourth-place team heading into this season.

Anything could happen. This is the case every year. The season is not written in stone based on preseason projection models. They are, however, a better means by which to gauge where a team stands than gut feelings, and in this situation, both the projections and gut feelings would point to the Mariners being a fourth-place team.