What is [not] going on in Baltimore?

An offseason of inaction is approaching the point of no return. Will Bridget Fonda make it through what is to come in one piece?

Share All sharing options for: What is [not] going on in Baltimore?

The Orioles' relative inactivity this offseason has made them the object of a not inconsiderable amount of derision, leading many to haul out the familiar complaints of stinginess on the part of owner Peter Angelos. With a projected 2014 payroll currently sitting about $7MM under their 2013 figure and the $25MM in additional revenue that each team will get from the new national television deals that take effect this year, such complaints are certainly understandable and are not without their merits.

These complaints are only further validated when one looks at the 2013 Orioles' third-order winning percentage that suggests that their true-talent level was likely more like an 82-win team than an 85-win team.

When one looks closer at what the Orioles lost this offseason--7.5 fWAR in the form of Nate McLouth, Scott Feldman, Jim Johnson, Danny Valencia, Chris Dickerson, Jason Hammel, and Brian Roberts--and what they have gained--Jemile Weeks, David Lough, Ryan Webb, and a slew of guys of the ilk of Delmon Young, Matt LaPorta, and Aaron Laffey signed to minor-league deals--it becomes even harder to rationalize what the Orioles have, or more precisely haven't done this offseason.

Now any conclusions drawn simply from what the Orioles have done in terms of trades and signings are incomplete. Any look at the 2014 Orioles has to be done with an eye on who the Orioles have coming up this season. While it would appear on the surface that Baltimore is thin at second with Jemile Weeks and Ryan Flaherty as in-house options at second base, Duquette & Co. have to be hoping that Jonathan Schoop seizes the starting gig. Regardless with a ML-ready top 100 prospect at second base, the Orioles probably shouldn't get too wrapped up in trying to address a potentially weak position via free agency.

Past second base, the only positions that might be problematic on the positional side of the roster would be the corner outfield positions and designated hitter.

In right, Nick Markakis has one year left on his initial extension, so with his $15MM salary making him unmovable coming off a just-below-replacement-level 2013 season Markakis may as well be entrenched in right. At the very least, the Orioles need to be hoping that he at least gets back to the point where Baltimore is getting at least a win for their $15MM.

With a likely combination--maybe even a platoon(!)--of David Lough and Nolan Reimold in left field, it will be hard to the State of Maryland to get too excited about what might happen in left field. Delmon Young *gasp* could end up in the mix with Reimold getting the boot or shifting to part-time DH.

The rest of the positional spots are likely to be filled out by myriad post-post-post-post-hype players that Duquette inked to minor-league deals over the past few months, in addition to Delmon Young, Jemile Weeks, and Matt LaPorta, Duquette brought in guys like Jack Cust, Evan Meek, Chad Tracy, Quintin Berry, and Alex Gonzalez to compete for roster spots.

Who'll be the best value signing of the offseason?

Go ahead, put a dollar sign on the muscle.

Bronson Arroyo reconciles with the passage of time

Who'll be the best value signing of the offseason? Bronson Arroyo reconciles with the passage of time

For a team on a budget, this throwing feces at the wall to see if it sticks approach can pay dividends. While one could draw the conclusion that perhaps Duquette has taken Chris Davis's success too much to heart, one can hardly blame the Orioles for stockpiling a veritable, um, shitload of these players to fling at the wall in the makeshift trebuchet constructed from batting cage netting, tarp spools, and baseball bats that Angelos commissioned to be built in Sarasota.

The bigger issue--and the one that is putting the front office under fire--is that the pitching staff seems a bit thin. With their failure to sign Bronson Arroyo, the dumping off of Jim Johnson onto the A's, and the messy reneging on the Grant Balfour deal that almost was, any perception of Angelos's penny-pinching had validation for those who would like to further that narrative.

The Orioles' rotation right now looks to be a murderer's row of Miguel Gonzalez, Chris Tillman, Bud Norris, and Wei-Yin Chen with the last spot presumably being up for grabs between Brian Matusz, Zach Britton, and uber-prospect Kevin Gausman. If all goes well with Dylan Bundy's recovery from Tommy John surgery, he could join the fold around the All-Star Break. Still, there isn't much room for error, which is why the Orioles have been quite active over the past couple of weeks as the market for free agents kicked into high gear. In addition to being one of the final two in the Arroyo sweepstakes, they have been connected to Ervin Santana, A.J. Burnett, Ubaldo Jimenez, Suk-Min Yoon, Joe Saunders, and Chris Capuano, with MLBDD's own Chris Cotillo tweeting:

#Orioles have been "kicking the tires" on Santana, but the expectation is that they will become more aggressive on Ervin or Ubaldo this week

If the Orioles do actually land Santana or Jimenez, their offseason would be viewed very differently. After all, one starter with a good shot at a 3+ WAR season added to the mix could change the complexion of this team quite a bit plus the additions of HIGH CEILING talent like Gausman and Bundy when the time comes this season could make for a formidable rotation, even in the stacked AL East. 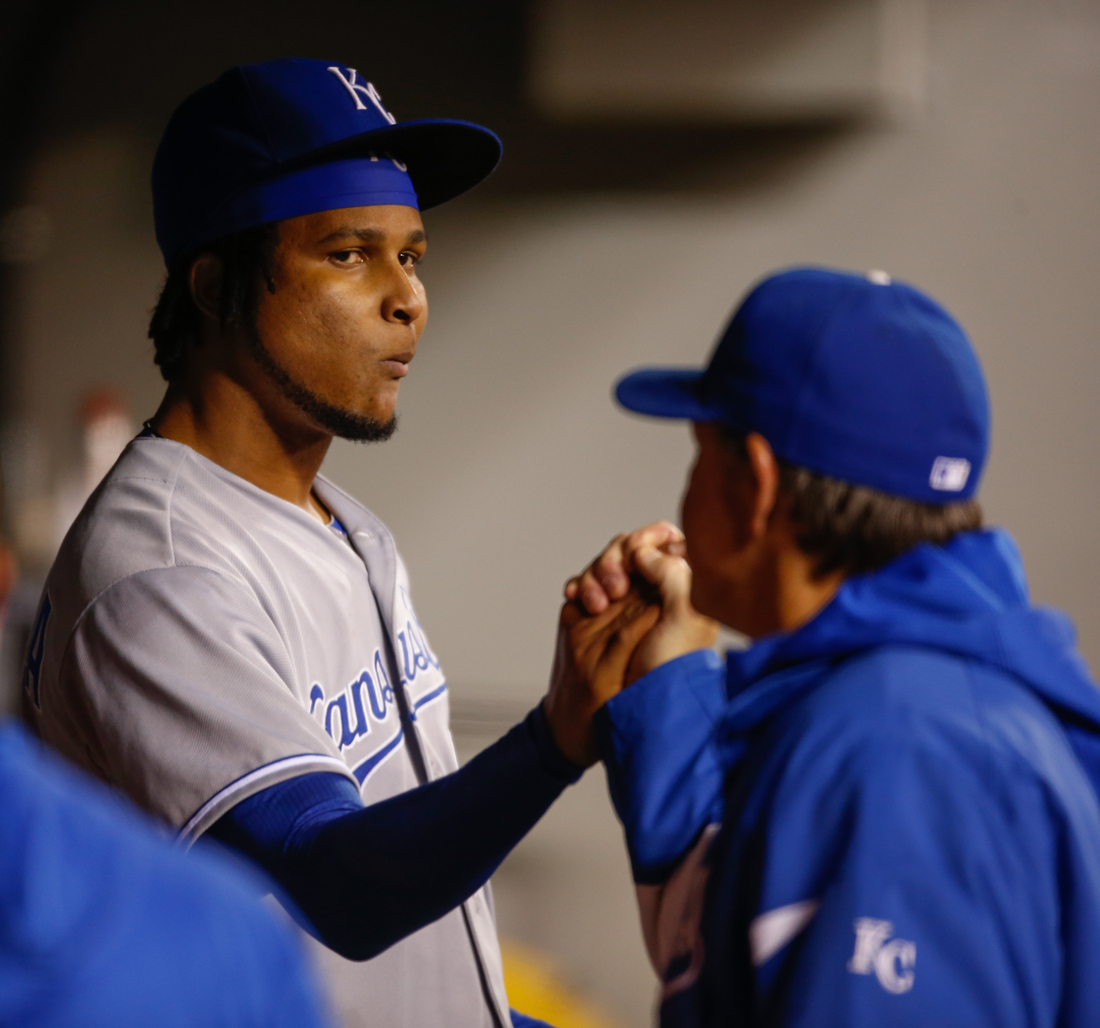 With three more top prospects (Eduardo Rodriguez, Mike Wright, and Tim Berry) on the verge of contribution and a dearth of spots in the rotation, there should be plenty of arms to flesh out a bullpen that looks to send Tommy Hunter into the 2014 season as its likely closer. While some teams like to spend money on their bullpen--who knows what's going on with Oakland and Tampa this offseason--it's probably smarter for the Orioles to spend the money on a single high-dollar starting pitcher than on a few volatile bullpen arms.

While it is still unlikely that the Orioles can make a legitimate run at the AL East crown, one could look at the Orioles roster and see the potential for outperforming projections in Manny Machado, Jonathan Schoop, Kevin Gausman, Dylan Bundy and those outperformances could be significant. While there is a fair amount of wishcasting involved in such an outlook, the finger-crossing requires less effort when dealing with high-end talent like Machado, Gausman, and Bundy.

Still, it is hard to imagine the Orioles making a proper go of things without adding Santana or Jimenez.