Brantley could figure out southpaws someday, but for now, the Indians have a cost-controlled platoon bat at the very least. DECENT!

Cleveland didn't use Michael Brantley in a platoon last year.

Maybe they should've, but they didn't.

Brantley, who turns 27 in May, began to show small signs of improvement against same-side pitching in 2013, but he's still a below-average hitter against southpaws.

His career wOBA split is .284 vs. lefties and .325 against other-siders. Last year, he went .296/.331. Most of the difference from one side to the other comes from his ISO and strikeout splits. Against lefties, Brantley is half the slugger he is against righties (.065/.121 ISO), and his K% looks about the same (9.7%/16.7%). At times, he shows some solid line drive power, but he doesn't hit the ball in the air enough -- career flyball rate of 30% -- to be considered a potential home run hitter.

So roll all that up into one guy and what do you get? 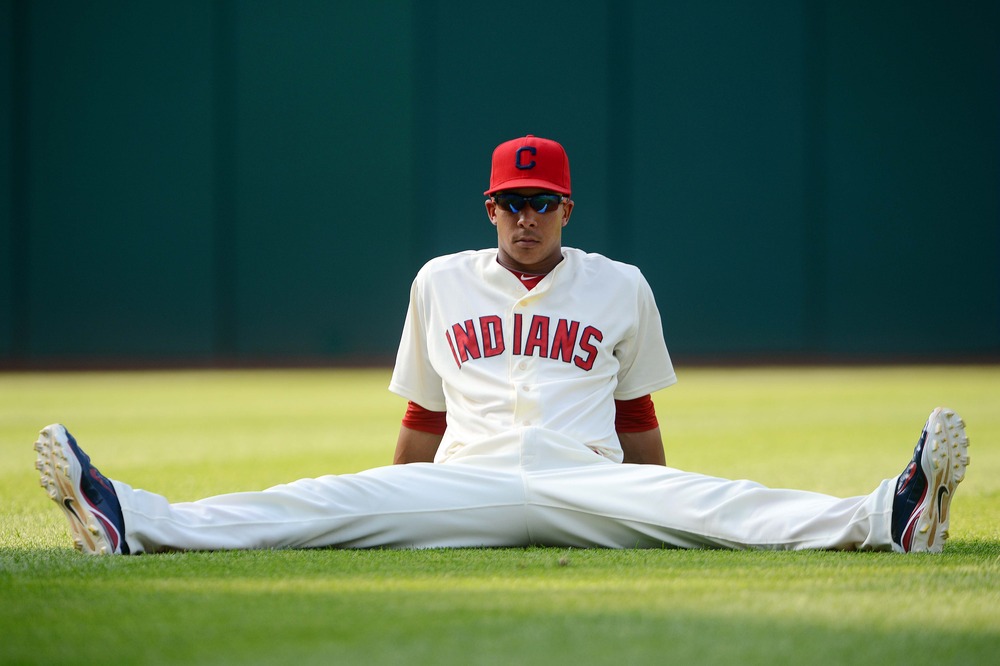 He's not really good, and he isn't bad. A platoon-mate would help the team, but they might be avoiding that in effort to expose him to topflight same-side pitching with the hope that he can improve. In other words, maybe the Indians are giving him a few seasons to figure things out before labeling him as a platoon bat.

27 is kind of a silly magic number in baseball. It's an age when several players seem to enter their prime -- or finally prove themselves as a failed experiment. However, in Brantley's case, it might just be the age that solidifies the definition of him that already exists. 2014 will be his third full season at the major league level. With another group of data similar to what he has already produced, stat-grinders will have the sample size they seem to favor. Of course, more is always better, but a three-year scoop might be enough for Cleveland's decision makers to determine whether or not Brantley is an every day player going forward.

Even if he only represents half of their left field plan, his contract breaks down pretty nicely in the team's future budget.

The Indians used a platoon in right field last season, and they appear poised to do the same in 2014 with David Murphy sliding into the role Drew Stubbs left behind. Ryan Raburn is far from a complete player, but he's managed to hang in the majors because he smashes left handers. If Brantley's performance next year convinces the Indians that they need to isolate his strengths in a platoon, Raburn would be a great player to pair him with -- leaving the team in a position to acquire a more complete right fielder.

Maybe the Indians decided to extend Brantley in hopes that he would improve defensively and continue to develop his approach against lefties.

Or maybe they just wanted to make sure they had him locked up at a reasonable price, so if he doesn't figure out same-side pitching, they can platoon him with Raburn or another lefty-killer until a more versatile player comes spilling out of the pipeline.

Either way, the deal seems to match up well with the player at this point -- and if Brantley figures out those pitches coming in over his shoulder, Cleveland might have a bargain on their hands.