A world of his own. 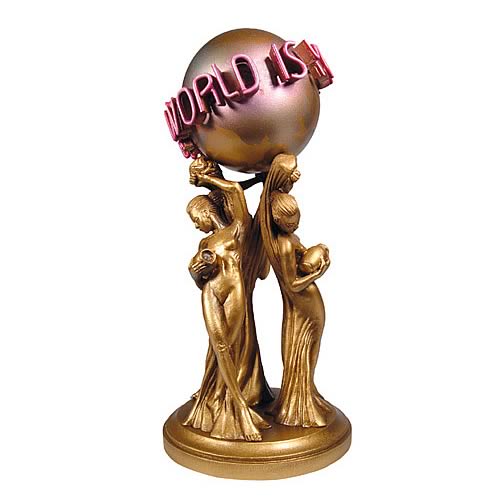 If you read Eli Saslow's article for ESPN, you might've already been thinking about Aroldis Chapman.

About how he's a spoiled millionaire.

About his drawn shades and Marlboro Reds.

It was exaggerated and contrived, but that didn't stop the Cincinnati Enquirer's Paul Daugherty from taking it as the gospel truth. He definitely read Saslow's feature for ESPN -- that was actually titled "A world of his own" and had a photo of Chapman smoking a cigar just below that suggestive title. They might as well have just shooped him into the poster. 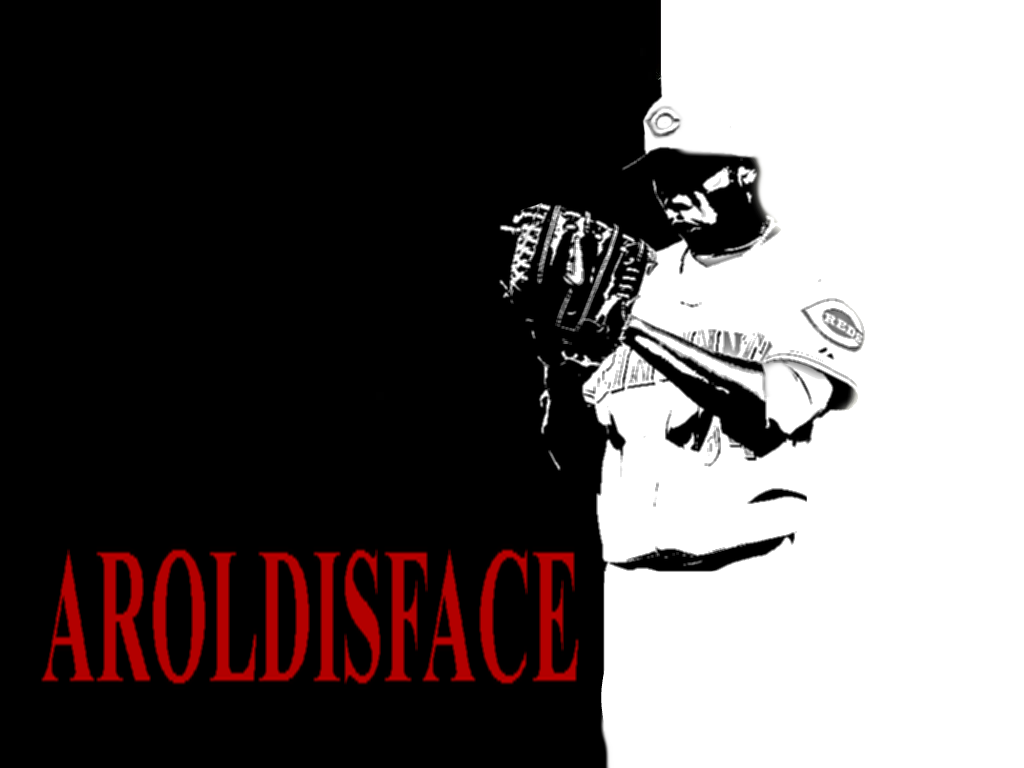 Daugherty's article was less colorfully ambiguous than Saslow's. Instead of using leading descriptions and framing quotes for reinforcement, Daugherty flat out told Chapman that he doesn't understand the game, and laid out a throughly planned-out and virtuous path for the 25-year-old to follow to get with the learned:

Well, we could all benefit from following that advice. Joey Votto is awesome. He's a great hitter, a good teammate, and most importantly, he knows how to grease the media with boilerplate vernacularisms. Daugherty cites Votto's willingness to "hit anywhere in the lineup the team wanted him to bat."

But the thing is, no one's asking him to hit 8th -- where his counting stats might be a little less impressive and he might not be quite as Joey Votto as he is now -- and defecting from Cuba is slightly more complicated and much more dangerous than making a nine-hour drive from Toronto to Cincinnati.

And besides, the Reds aren't worried about Chapman even though he's had some trouble with the transition from Cuba.

But Daugherty is. He points out that this is the 25-year-old's fourth major league season, so he should clearly be over the transition to American life by now.

"... this will be Chapman’s fourth major league season. The shakedown-cruise excuse is over."

It appears as though there is a definitive adjustment period for someone who solitarily uprooted his life, moved to a foreign country with a profoundly different government and culture, and instantly became a millionaire with lofty expectation and new responsibilities. That period is some obscure amount of time. It's clearly less than four years, though Daugherty didn't specify exactly when the cutoff for complete assimilation was.

However, as far as anyone can tell, Chapman didn't stumble into his abilities like that kid from Rookie of the Year -- apparently that was just a movie. Chapman had to work very hard to cultivate his natural gifts -- and he has to continue to do so to be one of the best relievers in the game. Unless you believe that he's some kind of mutant-superhuman-baseball-god that should be able to strike out every batter that he faces and never allow a single run, then you have to reconcile with the fact that, even though his methods seem strange -- even stupid in some ways -- he has worked hard to get where he is. Not just physically, but mentally as well.

And when the season begins, he'll be one of the best closers in baseball again. He's coming off of a solid follow up -- despite seeing his home run-flyball ratio double -- to his jaw-dropping 2012 campaign, which one of the greatest seasons in the history of relief pitching. 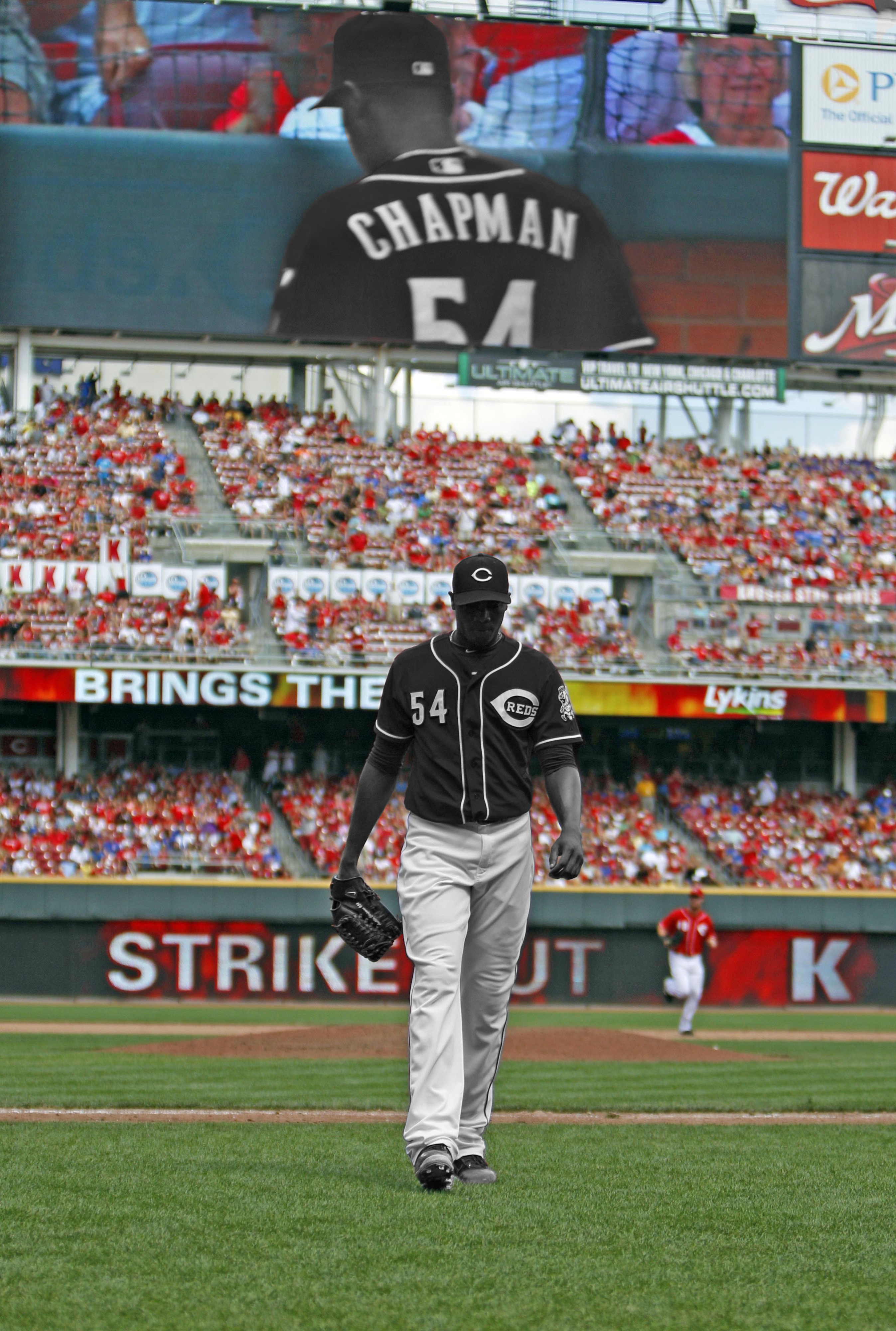 But the Aroldis Chapman presented in the articles by Daugherty and Saslow is fiction. The real Aroldis Chapman, like all of us, is more complicated than black and white. He's one of the best baseball players in the world, and though he might have some unsavory eccentricities, he isn't much different from most professional athletes.

Maybe he's just not as good as others at hiding his existential strife after the cultural about-face of defecting from his home. Maybe he does realize he's part of something bigger than himself, but to him that something bigger isn't the Cincinnati Reds or the expectations of the media.

He's probably got some growing up to do, but a polarizing exaggeration and a condescending talking-to isn't likely to help much.