He's that guy that says he can do everything, but that's just because he can. 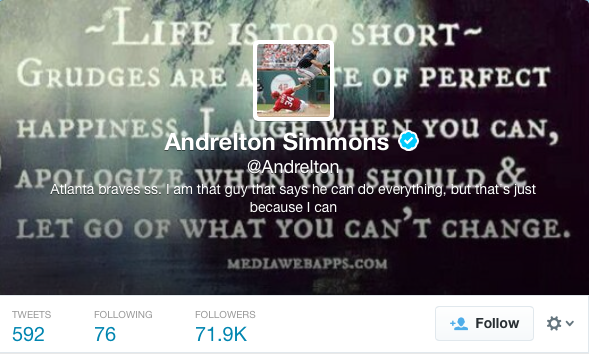 Especially not in the Braves' eyes. They committed to him until the year 2020, which still sounds more like the setting of some dystopian novella written in the 50s than an actual reality less than six years away.

The total dollar amount comes in at $58 million with Simmons earning a maximum of $15 million in his age-30 season -- in 2020, when autonomous drones will be delivering your beers to you at Cobb County Stadium as you watch Simmons win his eighth straight NL Gold Glove. Needless to say, $15 million won't seem like much in the future unless the plot of The Road plays out in reality. 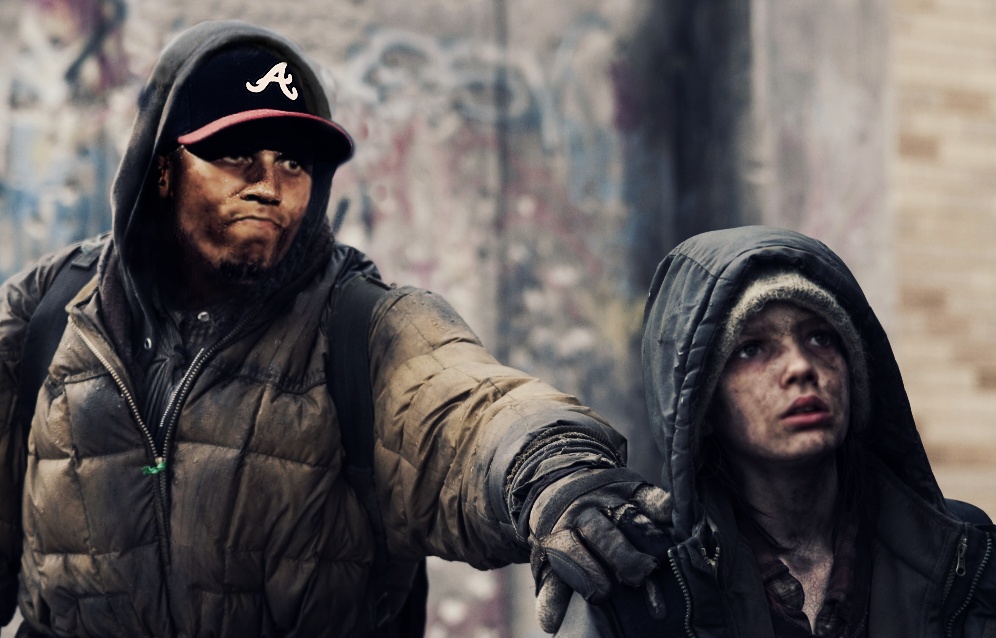 Last season, Simmons posted 41 defensive runs saved. Let that number wash over you. It will cleanse your very soul. It will caress you, viscerally absolving you of all self doubt and remorse.

To put that number in context, only 36 qualified players have amassed higher career DRS totals. The data only goes back to 2002, but still, that's a pretty good indication of how very, very good Simmons was in the field last year. Within that metric, Simmons provided more defensive value in 2013 than Jimmy Rollins did in all four of his Gold Glove seasonscombined. He was also twice as good as the next best shortstop in terms of UZR and UZR/150. That kind of authority over a single skill set is uncommon to say the least. To impose the same kind of dominance, Chris Davis would have needed to hit 88 home runs, Jacoby Ellsbury would have needed to steal 92 bases, and Yu Darvish would have needed to strike out 203 more batters than he did in 2013.

That's just the beginning of the insane comparisons one could use to display his dominance.

Simply put: Andrelton Simmons is better at playing shortstop than you are at whatever it is you do.

And he doesn't need to become a great hitter to earn this extension.

In his first full season of plate appearances, Simmons put up a somewhat surprising .396 slugging percentage that helped him produce some decent overall offensive numbers -- .303 wOBA and 91 wRC+. Despite having an on-base percentage of just .296, Simmons was able to post an fWAR of 4.7, mostly because of his amazing glove, but partially due to that uncharacteristic power surge as well -- over three years in the minors, he hit just six homers.

Even he never hits 17 home runs again, or more importantly, never posts near-league-average overall offensive numbers, Simmons' glove is good enough to net two wins a year. With a win being worth somewhere around $7 million offseason, the Braves are only paying for two-win seasons in 2019 and 2020. Simmons has already been worth almost seven wins in his short career, which would be worth about $50 million on the open market, so the Braves look pretty smart for locking up what could be the best shortstop of this generation.

Maybe the best ever.