The End Of The Affair: A Letter To David Glass In The Style of Graham Greene

"Because I became a bore and a fool too. But I wasn't born one...you created me."

Share All sharing options for: The End Of The Affair: A Letter To David Glass In The Style of Graham Greene

If hate is not too large a term to use in relation to any human being, I hated David Glass - I hated Dayton, too. And they, I suppose, came soon after the events of that evening to hate me; as he surely at times must have hated all fans. So this is a record of hate far more than love, and if I come to say anything in favor of Dayton and Glass (or Yost, for that matter) I can be trusted; I am writing against the bias because it is my professional pride to prefer near-truth, even to the expression of my near-hate... 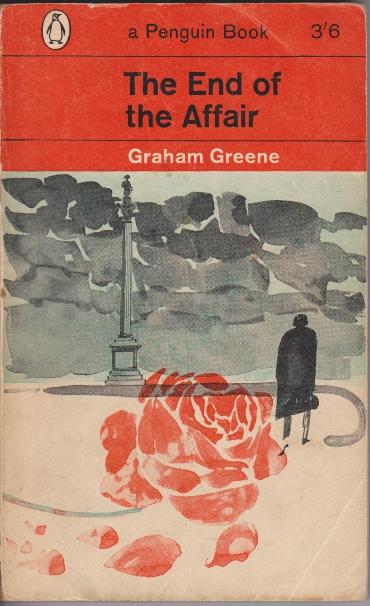 ...I looked at my articles. They were more impersonal than a handful of dirt. You can touch dirt with your fingers and smell it, become caked in it. I had lived for the Royals and I wanted the Royals. But my musings are all I have, so I shut them up in my computer, for wouldn't that have been one more victory for Glass, to destroy it and leave myself more completely without Kansas City? I said to Dayton, all right, have it your way. I believe you and that Glass cares, but it will take more than your words to turn this hatred of him into love. He robbed me and like that Process you talk about I'll rob Him of what he wants in me. Hatred is in my brain, not in my stomach or my skin. It can't be removed like a rash or an ache. Didn't I hate as well as love the Royals? And don't I hate and love them now?

I called down to George, 'I'm ready,' and we walked side by side, up the aisle and over the concourse towards the Hall of Fame; the lights were on, and Sluggerrr was standing where the walkways intersected, and on the other side of the stadium was the office with the ruined steps where He gave me back this hopeless crippled fandom.

'I look forward to these evening walks of ours,' George said.

I thought, in the morning I'll ring up a professor and ask him whether a stadium can suppress walks or not. And then I thought, I better not; in a way, so long as one doesn't know, one can feel and imagine innumerable cures...I put my hand on George's arm and held it there; I had to be strong for both of us now, and he wasn't seriously worried yet, nor might he ever be again.

'They are the only things I do look forward to,' George said.

I wrote at the start that this was a record of hate, and walking there beside George towards the evening glass of beer, I found the one prayer that seemed to serve the winter mood: O Glass, You've done enough, You've robbed me of enough, I'm too tired and old to learn to love again, leave me alone for ever.