Positions of strength: Teams that should trade from their excess

The players who, barring injuries, should get moved in an effort to strengthen their team in other areas.

Share All sharing options for: Positions of strength: Teams that should trade from their excess

As bystanders, it can be difficult to watch as teams fail to move assets that they possess in triplicate while other holes in the roster are left agape. As a fan of a team with major deficiencies in the area of roster construction, this difficulty quickly grows into exasperation as the team for whom you root commits time, money, and roster spots to players who are set to give back little in the way of production.

With pitchers and catchers set to report to Spring Training in the next two weeks and the remaining free agents presumably on the verge of landing on 25-man rosters for the 2014 season, it is probably time to look at which teams are gluttons in one area of the roster or another.

The following teams currently have an area of strength--or at least a glut of Major-League-ready talent at a position--from which they should be dealing before the season starts.

While it would be hard to argue that having both Scooter Gennett and Rickie Weeks on the depth chart at second base makes the position one of strength for the Brew Crew, there is no doubt that Rickie Weeks doesn't really have a spot on the team in 2014 barring an injury. Now any Brewers fans hoping for a repeat of Gennett's 2013 campaign are likely to be disappointed as his .380 BABIP is screaming for him to regress to the mean, but with Elian Herrera and Irving Falu in house, Gennett has serviceable backups in Nashville should he fall to injury.

With Weeks having just one year left on his contract (unless he reaches 600 PAs in 2014, a feat he has only achieved twice in his career), the Brewers could eat a fairly large chunk of the $11MM due Weeks this season and trade him with relative ease to a team willing to gamble on his upside. With the Brewers' farm system being as weak as it is, really anything in the way of a useful prospect can't be a bad thing to get in return.

Seattle Mariners - The entire right side of the field 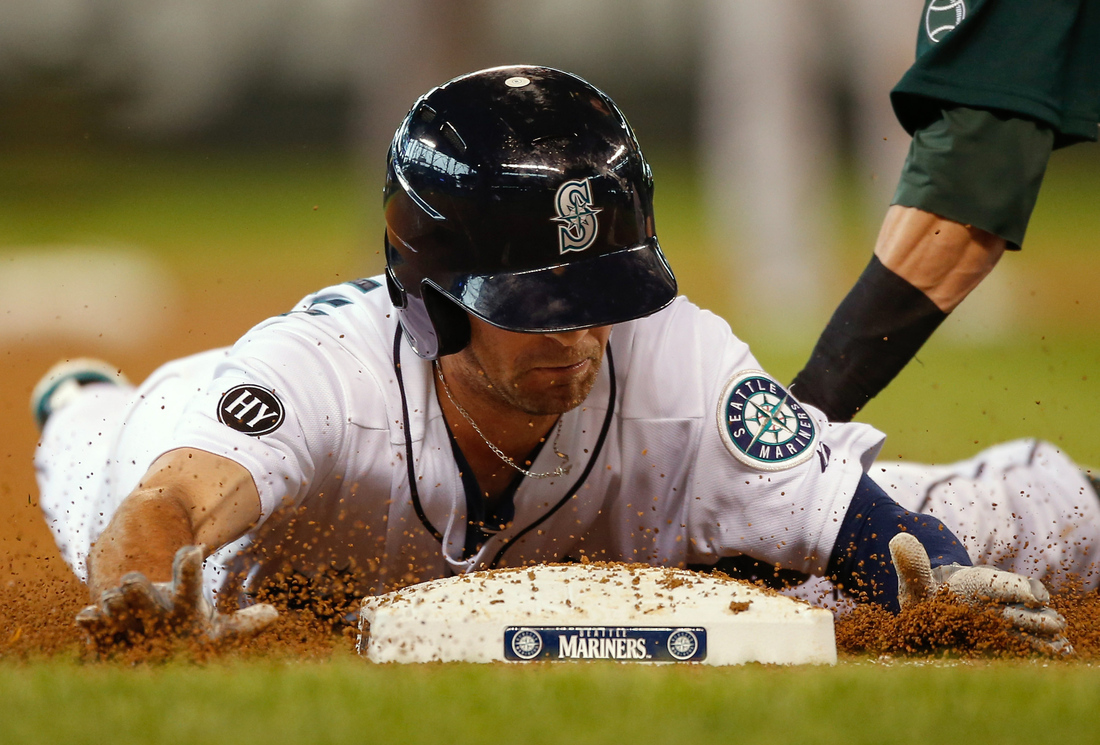 This offseason, Jack Zduriencik made a number of questionable deals, but much of the reason for these moves raising eyebrows was that the Mariners added players at positions that didn't need filling. With the continued whispers connecting them to Nelson Cruz and the perfect sense that such an addition would make given the front office's penchant for making nonsensical moves, it stands to reason that there are at least two Mariners that should be moved before the season commences.

With the additions of Robinson Cano, Corey Hart, Logan Morrison, and Willie Bloomquist this past offseason, the Mariners realistically need to free themselves of Jesus Montero and Nick Franklin. They've also ensured that guys like Stefen Romero and Carlos Triunfel have absolutely no future on their Major League roster as constructed. If they do, in fact, sign Nelson Cruz, then a corresponding move of either Justin Smoak or Logan Morrison would likely be necessitated.

Other than the bullpen and maybe adding another starting pitcher on a split contract, there aren't a lot of positions in the Mariners' lineup in dire need of bolstering, but it seems foolish for Zduriencik to hoard first basemen, second basemen, and corner outfielders when they're likely the fourth-best team in the division. Of course, Jack Z would likely turn around and deal Montero or Franklin for someone who wouldn't address a weakness (like their thin bullpen) and would probably complicate their roster issues by acquiring another immobile first-base/DH type.

It doesn't take a Wernher von Braun to figure out that the Dodgers are set to pay their four outfielders an exorbitant amount of money in 2014. If ever there were a ball club who could afford such a luxury, it is these Los Angeles Dodgers, but that doesn't mean they shouldn't explore their options. Both Carl Crawford and Matt Kemp are set to pull in over $20MM a year through at least the 2017 seasons, so Andre Ethier and Yasiel Puig would be the two easier pieces to move.

Given his inability to stay on the field these past two seasons, it would make sense for the Dodgers to try to move Kemp, presumably eating a fair chunk of his salary. While it is not ideal, Ethier filled in in center relatively admirably last season, and given the ranginess of the Dodgers' corner outfielders were Kemp to be traded, Ethier's deficiencies are a little less exposed than they would be were Crawford and Puig not patrolling the outfield to his right and left.

With Joc Pederson on the verge of being ready for The Show, the Dodgers could likely afford to trade Kemp or Ethier should they so desire. As he definitely makes their need for a fourth outfield of Andre Ethier's caliber less than necessary, Pederson--who should start the season in the PCL and is coming off consecutive seasons in full-season ball with a wOBA within .002 of .400--could soon render two of the four unnecessary. Of course, the Dodgers don't have a lot of glaring weaknesses, so it's hard to say what they would need to receive in return.

With Anthony Rendon having shown himself capable of playing second base and Zach Walters's power and ability to handle short if it came down to it, it would seem that the Nationals can probably afford to part with the free-swinging middle-infielder. Espinosa suffered through his worst offensive season in his four Major-League campaigns and played his way into a demotion to AAA-Syracuse for 75 games in 2013. They could probably get a little something for Espinosa from a team in need of a middle infielder while augmenting their own roster with a replacement level utility infielder to fill the gap Espinosa would leave.

Though all reports indicate that Espinosa has a shot at the starting job at second, it is hard to believe that he could/would beat out Rendon for the gig. He does give the Nationals depth, but he might be able to yield something they need from a team thinner at second and shortstop. The one glaring place that the Nationals could improve would be at first base, but it's hard to imagine how Espinosa alone could net what they would need to improve at the position. 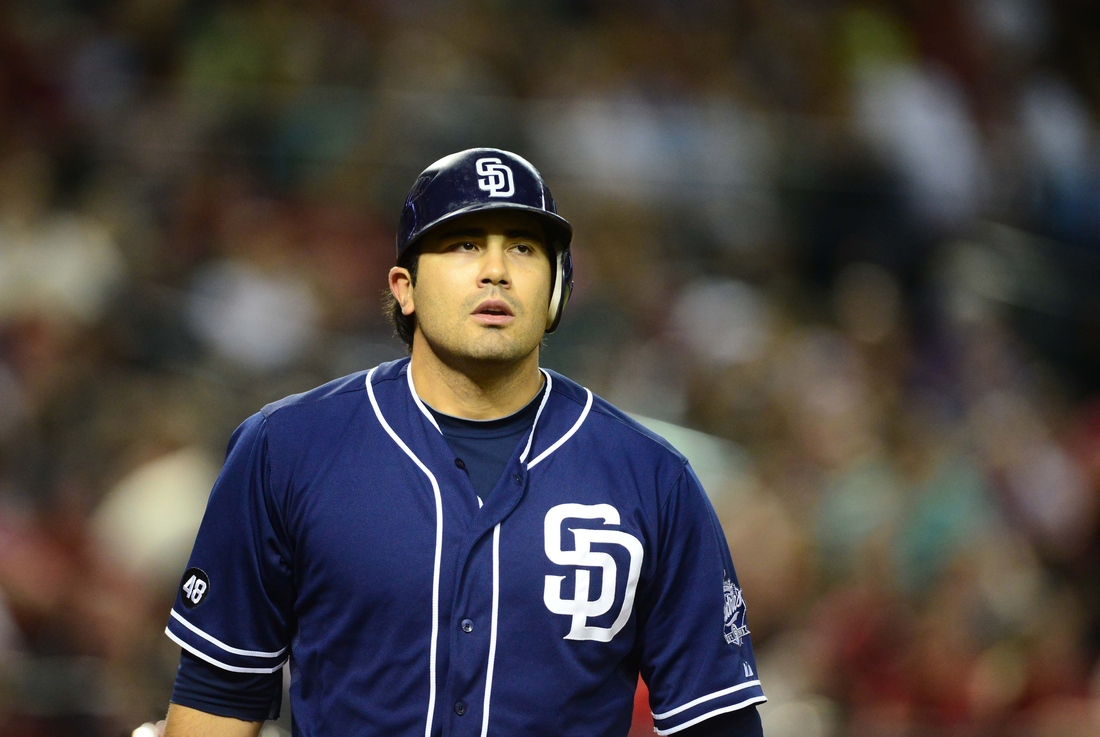 Will Venable coming off great 2013 seasons, Cameron Maybin looking to be healthy for 2014, and Seth Smith providing an ideal platoon partners for Denorfia, it is hard to see how there is any room in the lineup or on the 25-man roster for the prodigious power of Kyle Blanks. Carlos Quentin does not have a drastic platoon split but is limited defensively and is injured often.

With super-utility-man Alexi Amarista in the mix, it is hard to see how they could head into without trying to swap out some of their outfield depth for some infield depth. Maybin and Venable are both under extremely club-friendly deals, so their places are more or less set in stone. Denorfia is coming off a 3.9 fWAR season, so it's hard to envision why they would him. Blanks seems the best bet to be moved, as it would be surprising for Blanks clear waivers and he is out of options.

It is conceivable that Quentin could get dealt, since he's still making less than $10MM a year and is a proven quantity, but it's hard to argue with his knack for being worth the price he is paid in limited playing time. Regardless, it is hard to see how the Padres could head into 2014 with five outfielders and Alexi Amarista on the roster, and one presumes that they would not have traded for Seth Smith if they didn't intend to use him in concert with Denorfia.

One would assume that either Kyle Blanks or Carlos Quentin would be the odd man out barring an outfield injury in Spring Training. The one thing the Padres could use offensively would be more depth up the middle, as their depth currently sits in the corners of the outfield save for Amarista.

Of course it would have made sense to actually deal with the glut of relief pitchers in-house at Kauffman Stadium before committing four years to Jason Vargas and signing Bruce Chen, but a rather bullish market for relievers formed this offseason. If there is one thing the Royals are lousy with, it is live arms in the bullpen. With none of their relievers making more than $5.21MM (barring a surprise in the Greg Holland arbitration negotiations), the Royals' relievers are all relatively inexpensive.

One would assume that Holland would yield the greatest return, but Luke Hochevar and Wade Davis would have made sense to move to free up payroll to address the rotation with a quality arm (read: not Jason Vargas). Regardless of the current state of the team, it is hard to see how the Royals may not be a bit better off trying to trade one of their relievers who is arbitration-eligible and trying to reallocate that money to someone who can help provide starting pitching depth.

Barring injuries, it is hard not to see why these teams wouldn't try to work out a deal with the aforementioned players going to environs that could actually put them to use. Then again, expecting teams like the Mariners or Royals to make moves that make sense isn't always the safest bet.