The other Robert Stephenson

Let's get this out of the way.

Share All sharing options for: The other Robert Stephenson

Cincinnati Reds pitching prospect Robert Stephenson is likely to play some role at the major league level, according to the projections in Baseball Prospectus' Jason Parks recent article on the Reds' farm system.

If the name sounds familiar, you might not be thinking of the pitcher.

Among his predecessors in Robert Stephensonicity are:

[Pictured above] Author of Treasure Island and Dr. Jekyl and Mr. Hyde 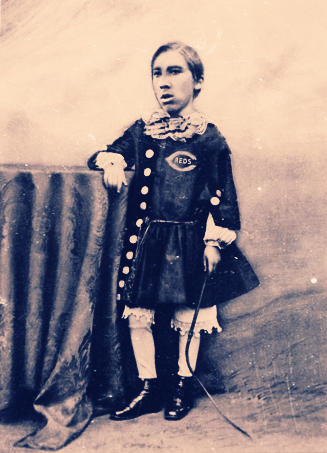 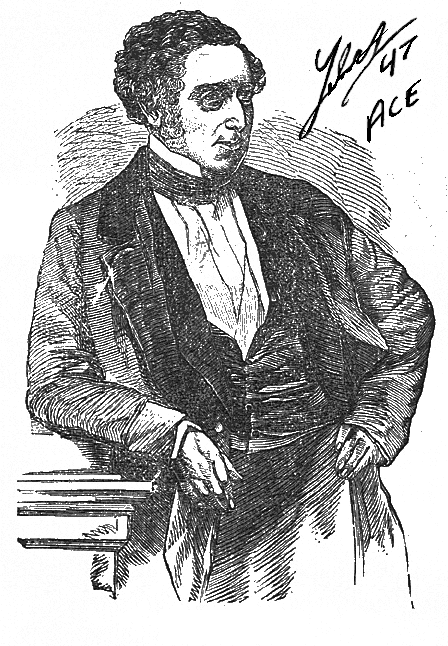 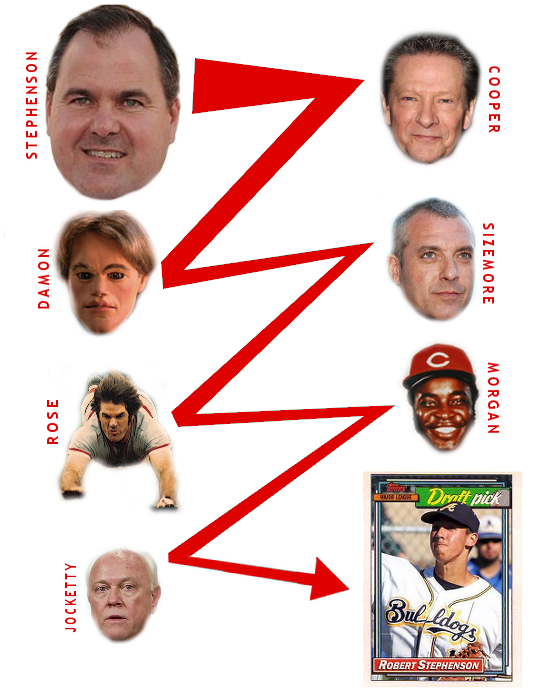 He was in Adaptation. with Chris Cooper who was in The Bourne Identity with Matt Damon who was in Saving Private Ryan with Tom Sizemore who appeared in the ESPN film Hustle as Pete Rose who played with Joe Morgan who currently serves as a senior advisor to Reds president of baseball operations Walt Jocketty who drafted Robert Stephenson in the first round of the 2011 amateur draft. 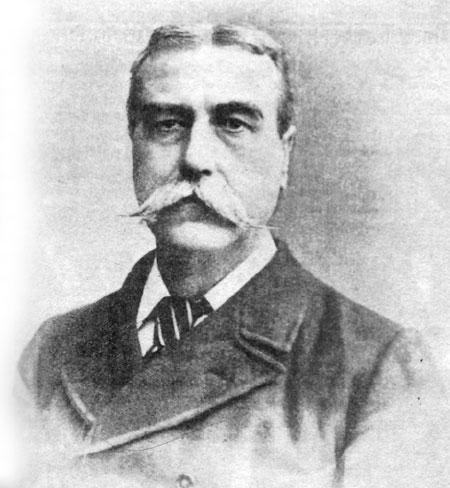 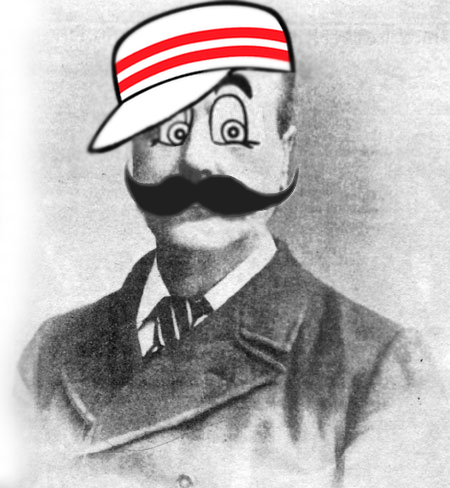 Yep. The inspiration for Mr. Red. 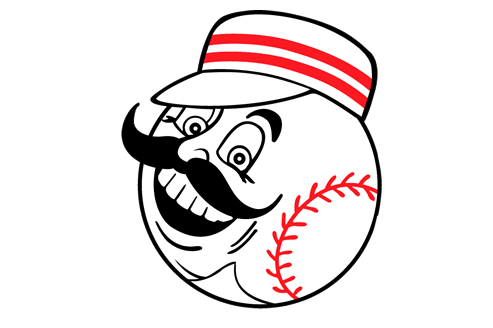 All images via Wikipedia

With that out of the way, we can focus on the baseball Robert Stephenson. The current one, that is. Not the minor league shortstop from the 50s. The pitcher. The Reds prospect with the plus-plus fastball and wipeout curveball. The one that dominated the Midwest League last season after FanGraphs' Marc Hulet ranked him at 32 on his pre-2013 top 100.

I don’t know why Stephenson doesn’t get more love but he’s a hard-throwing young pitcher with an impressive frame and two potentially-plus pitches (fastball, curveball). The delivery has improved and the repertoire is working itself out nicely.

This Stephenson might end up in Cincinnati at some point next year. He'll likely start the year in Double-A, where he finished 2013, with the Pensacola Blue Wahoos in the Southern League -- which is considered a neutral league, but might tend to favor pitchers slightly more than hitters. If he can prove himself there, he could offer the big club an encouraging internal option if one of their regulars hits the DL for a stretch. They have a solid starting five in Mat Latos, budding artist Johnny Cueto, Homer Bailey, Mike Leake and Tony Cingrani, but an injury could open up a spot.

Stephenson could end up on the Cingrani Plan for easing into a major league workload. Last year, Cingrani bounced around between the rotation, the bullpen, and Triple-A Louisville. The lefty was great in limited action, posting a 2.92 ERA in 104⅔ innings with 120 strikeouts and a 1.10 WHIP. But, he also struggled with shoulder and back issues, ending the season on the DL. Those issues could result in an opening for Stephenson in 2014, but the injury concerns could just as well cause Reds' management to bring Stephenson along a little more carefully in an effort to avoid the same result.

Scouts see Stephenson as a more complete pitching prospect than Cingrani, so it looks like the Reds have a solid, young twosome to build their future pitching staff around -- a staff that might very well be aced by the latest in a long line of Robert Stephensons.

If he can channel the temporal stateliness of his name, he could carve out a little niche of his own in history's Hall of Robert Stephenson.