The reigning NL East champs find themselves with a fight on their hands, and that fight isn't just from their opponents.

The 2013 incarnation of the Atlanta Braves was quite impressive. Only the 97-win Cardinals bested the Braves tally of 96 in the National League.

Digging deeper clouds the picture a bit. Their Pythagorean W-L was 98 - 64 (second only to the aforementioned Cardinals), but their Third Order W-L was 91.9 - 70.1, tied for third-best in the Senior Circuit with the Pirates (St. Louis and Cincinnati were better) and only negligibly better than the 91.5 - 70.5 Dodgers. It could be argued that their actual record was perhaps a bit better than the product they put on the field, but by almost any measure they were comfortably better than the rest of the competition in the NL East.

In looking at from where the Braves' production came, the picture is a rather odd one. The Braves position players put up 25.3 fWAR, behind just the Dodgers at 27.5 and the Giants with 26.3 fWAR. Of course, the Braves team offense only had a 101 wRC+ and a .318 wOBA, giving them a 0.0 contribution from their offensive component, meaning that it was their spectacular defense--particularly that of Andrelton Simmons--that drove the value from the non-pitching side of the equation. Fortunately for the Braves, only the Rockies got more from their pitching staff of their NL competitors (18.0 to 17.9 fWAR). 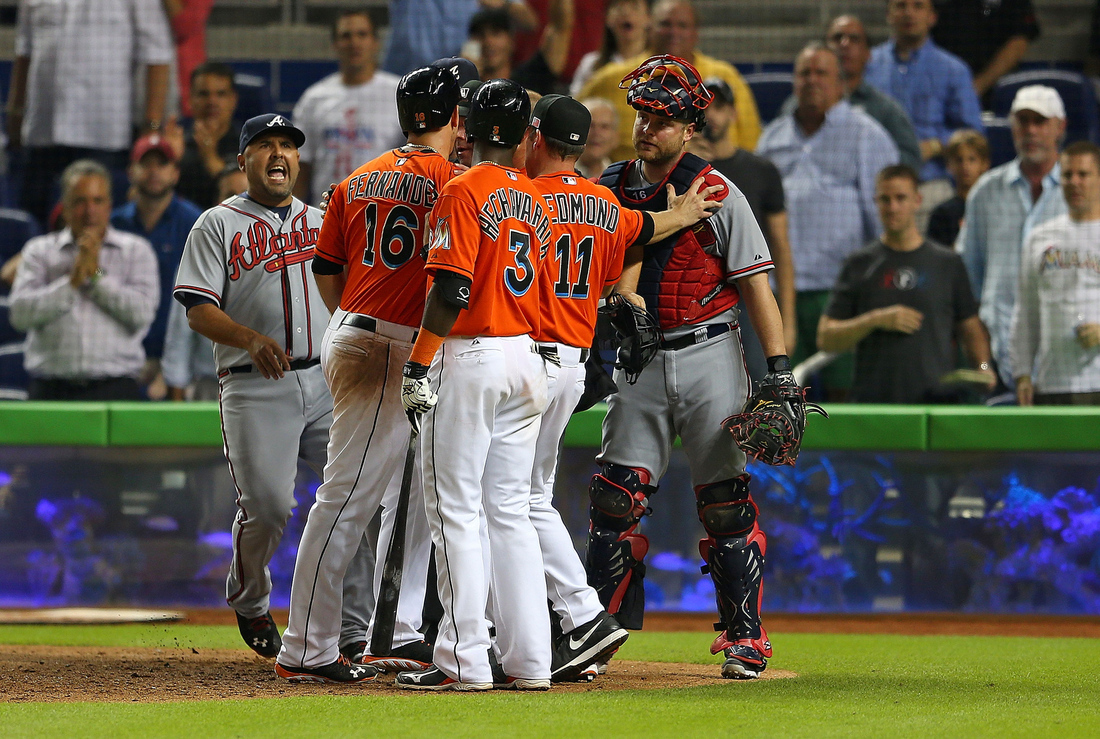 Until a week and a half ago, the Braves losses from last year's squad were primarily limited to just McCann, Hudson, and Maholm. The Braves had an in-house replacement package of Evan Gattis, Gerald Laird, and Christian Bethancourt to mitigate some of the damage in losing McCann. With a slew of young pitchers seemingly ready to step into the rotation, the losses of Hudson and Maholm were hopefully going to be made nominal by guys like a healthy Brandon Beachy and Alex Wood.

A week later and two potentially catastrophic injuries later, things look drastically different. Now the Braves are looking into a dark 2014 in which they could be without not only Hudson and Maholm but also Medlen and potentially Beachy. With Mike Minor having complained of shoulder soreness early in Spring Training, things could still get worse.

Most of the Braves' spending this offseason was in the name of extending their young stars. Starting with Freddy Freeman and moving on through Julio Teheran, Craig Kimbrel, and Andrelton Simmons, Frank Wren committed $267.4MM in future monies spread out over 25 total seasons--Freeman for eight, Simmons for seven, Teheran for six, Kimbrel for four. 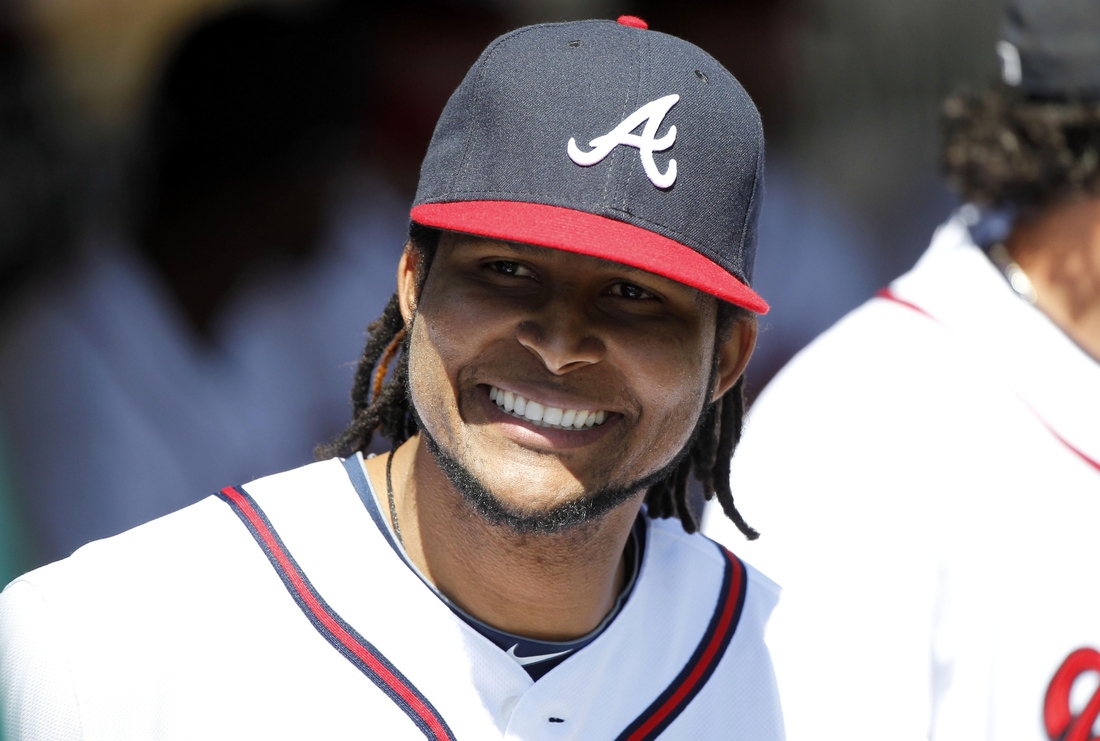 The impact signing here is clearly Ervin Santana on a one-year, $14.1MM deal. A reaction to the injury to Medlen and possibly Beachy, this was probably the least costly solution to their sudden pitching shortage.

Floyd is on the mend from a Tommy John surgery himself and is on schedule to return sometime in May.

Wren brought veteran catcher Ryan Doumit to give them flexible depth at catcher in the wake of Brian McCann's departure. 29-year-old Cuban defector Yenier Bello presumably gets added to that mix, though there's no rush on the Braves' part, as he was signed to a minor-league deal.

Stewart falls into the realm of long shot, but he does add depth at what is a glaring weakness for the Braves.

While the Braves have loads of players with volatile profiles, the player who could positively impact the Braves the most this season is probably Tommy La Stella. Sure, much of the reason he could matter so much to Atlanta is tied directly to the person currently slated to get the starts at second base, Dan Uggla. Wren and the Braves foolishly handed a then-31-year-old Dan Uggla a five-year deal that predictably looked bad by year three. La Stella played the bulk of his games last year in Double-A, where the oft-injured then-24-year-old destroyed the competition, slashing .343/.422/.473 with a .410 wOBA and a 163 wRC+ in 81 games. With the Braves history of relatively aggressive promotions, it wouldn't take much for La Stella to find himself in Atlanta, and a struggling Uggla could definitely hasten that promotion.

Obviously, the best possible outcome for the Braves this year is another pennant and baseball in October. For Atlanta to find themselves in the postseason, they'll need Ervin Santana to replicate his 2013 campaign for them, while getting quality production from rookie Alex Wood and Julio Teheran making the leap from roughly league average to the high-ceiling starter his prospect star once portended. On offense, Andrelton Simmons could take a step toward superstardom if the BABIP Gods should choose to favor him this season. The dastardly duo of Dan Uggla and B.J. Upton could also choose to not be terrible, which would certainly help the Braves' chances.

While it's hard to imagine something worse than what has beset the Braves these past couple weeks, it can always get worse. Their rotation has already been stripped of Medlen and probably Beachy before breaking from the Grapefruit League. Mike Minor's shoulder could still prove to be injured. A rotator cuff injury to their best pitcher in 2013 would spell doom for the Braves rotation, and that's making mention of only the three pitchers who have reported issues already this season. If they are forced to rely upon Freddy Garcia and Gavin Floyd as keys to their success, things have probably not worked out in Atlanta's favor. Coupling their thin rotation depth with the possibilities for regression from Julio Teheran, Evan Gattis, and Chris Johnson conjures an image of a roughly .500 squad watching the Stephen Strasburg and Bryce Harper capturing the NL East crown while the Braves sit with their fingers crossed on recoveries from second Tommy John surgeries.

Where the Braves spent their offseason largely standing pat until injuries forced their hand, their primary competition for the division added Doug Fister to an already sterling rotation. PECOTA actually picks the Braves to finish second in the East behind the Nationals. By five games. While this is hardly the be-all/end-all for the NL East, it doesn't take much in the way of imagination to envision the Braves finishing second. With the services of Medlen and Beachy, their chances to repeat as NL East Champs were better. Now the Braves may not even be the favorites to win the division.